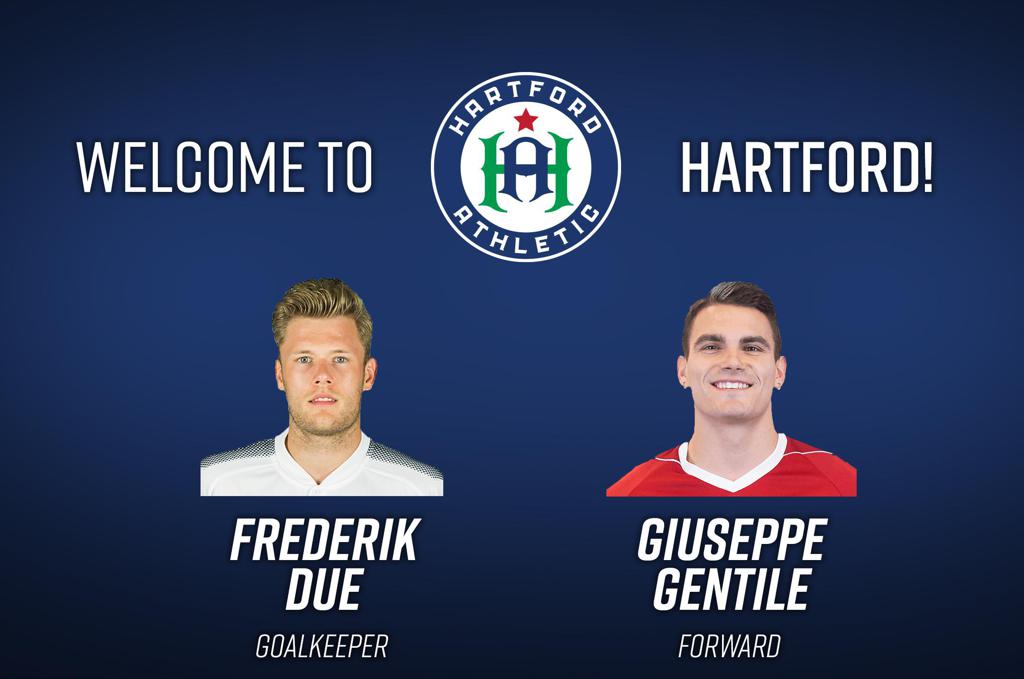 Due becomes the first Goalkeeper signed to the Hartford Athletic roster. "Frederik is a top-quality goalkeeper who played at the highest levels in Denmark,” said Jimmy Nielsen, who had a 20-year career as a keeper himself. “He has great reflexes and is an important addition to our Club.”

Gentile joins a deep group of forwards that includes Jose Angulo, Sebastian Dalgaard, Alex Dixon, Mac Steeves, and Wojciech Wojcik.  “Giuseppe is a very experienced USL player who will be important both on the field and in our locker room,” said Nielsen. “Having this kind of depth at forward is going to give our Club a great advantage.”

Frederik Due is a keeper from Køge, Denmark. The 26-year old spent 5 years with HB Køge of the Danish First League before joining Randers of the Danish Superliga in 2016. Due totaled 37 clean sheets in his 8 seasons in Denmark

Giuseppe Gentile is a Forward from Miami, Florida. Gentile was drafted by the MLS’s Chicago Fire and subsequently spent the past 5 seasons in USL . Gentile had a career year in 2017, scoring 9 goals while playing for Puerto Rico FC of the NASL.

As Hartford Athletic continues to prepare for its Inaugural 2019 USL Championship Season, fans can purchase their season tickets and become a Founding Member at HartfordAthletic.com/tickets.