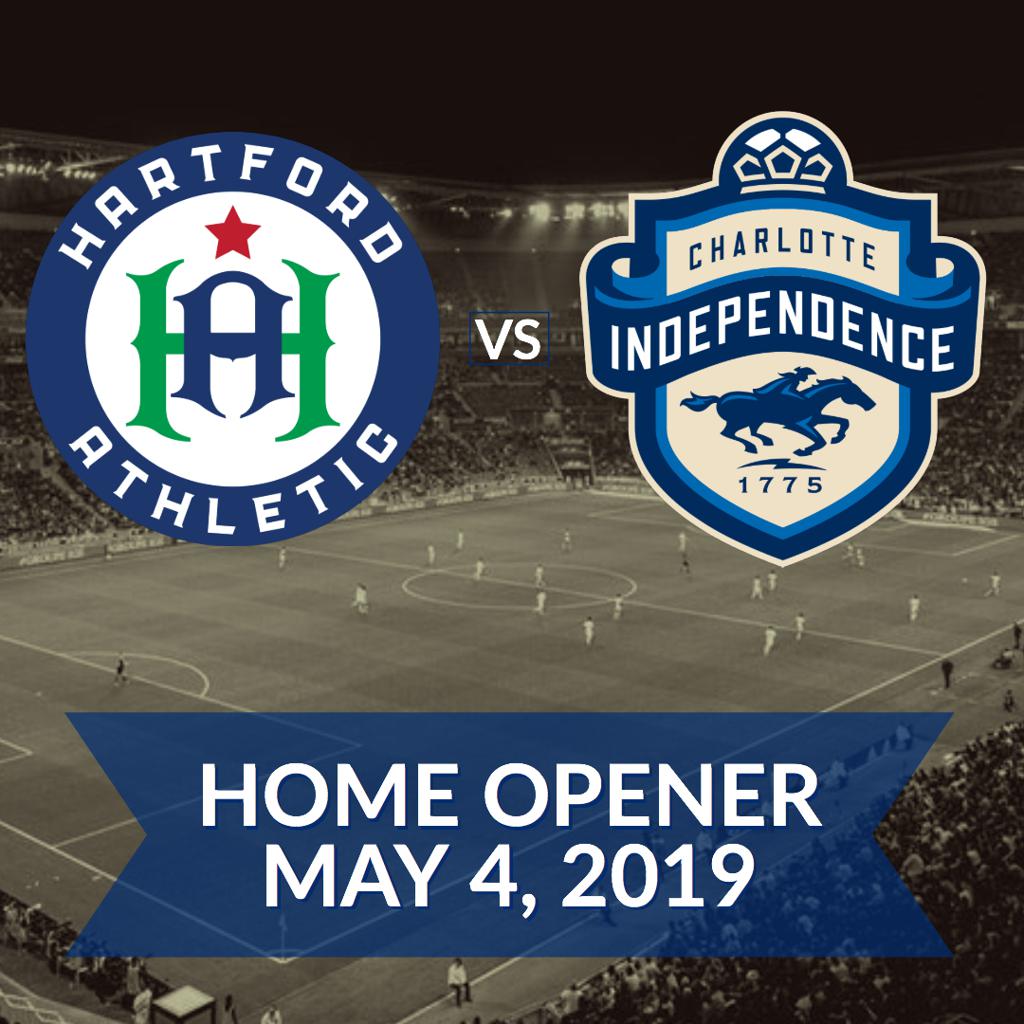 It's official. The first home match for Hartford Athletic's inaugural season in 2019 will be on May 4th against the Charlotte Independence.

To place a season ticket deposit and become a Founding Member, head to our tickets page. Official merchandise is now available at our team store.