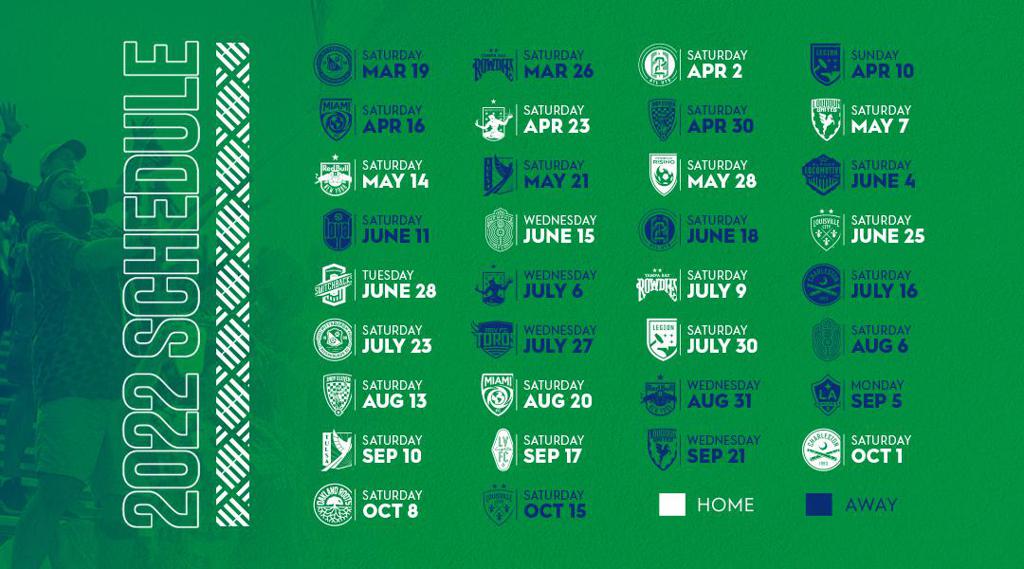 Today, Hartford Athletic announced the full schedule for the 2022 season. Hartford will play 34 USL Championship Regular Season matches including 17 home games, 15 of which will be played on a Saturday.

Athletic start the season on the road on Saturday, March 19th against rival Pittsburgh Riverhounds SC. The Boys in Green stay on the road for their second match, visiting Tampa Bay Rowdies on Saturday, March 26th. Hartford opens the doors to Dillon Stadium on Saturday, April 2nd against Atlanta United 2 in the first meeting between the two sides since 2019.

Hartford will also renew matchups with a number of Eastern Conference foes for the first time since 2019. Including previously mentioned Atlanta United 2, Athletic will play home and away against Birmingham Legion FC and Memphis 901 FC. Indy Eleven, whom the club last played in the pandemic shortened 2020 season, is also on the schedule for home and away matches.

The remainder of the schedule consists of home and away matchups with 2021 Atlantic Division foes Pittsburgh Riverhounds SC, Tampa Bay Rowdies, Miami FC, Charleston Battery, New York Red Bulls II, and Loudoun United FC and a rematch with Colorado Springs Switchbacks FC. The Switchbacks will come to Hartford on Tuesday, June 28th, one of two weekday home matches this season.