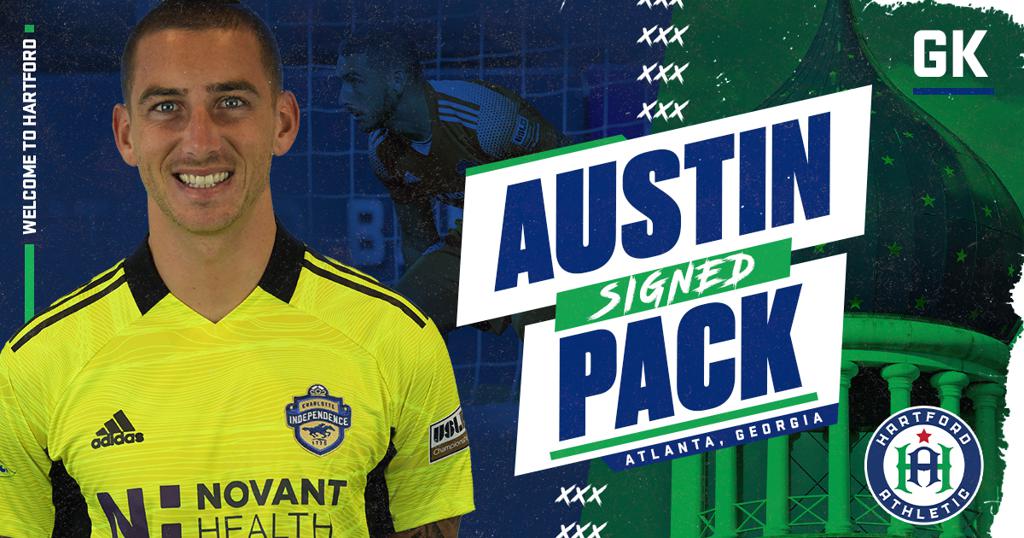 Hartford Athletic has signed Goalkeeper Austin Pack (Atlanta, GA) ahead of the 2022 season, pending league and federation approval. Austin is the first goalkeeper signed to the roster for next season.

"It was really important we go out and get a top level goalkeeper and we have found that in Austin,” said Head Coach Harry Watling. “He has every quality you look for in a goalkeeper, a fantastic shot-stopper, a great communicator, and excellent with his feet. We are very excited to have him with us this season.”

Pack has played the past two seasons with Charlotte Independence. In 2021, Pack made twenty starts, recording six clean sheets and fifty-one saves. He started in goal for three of four matchups between Charlotte and Hartford last season allowing only two goals and making eight saves.

“Joining Hartford is a very exciting opportunity for me,” Pack said. “I love the style of play and think I will fit very well in the system Coach Watling and his staff has put in place. I look forward to playing in front of the incredible fans at Dillon Stadium, who showed up in full force during my two matches there in 2021, and bringing this club back to the playoffs.”

Pack, 27, first signed with the Independence on February 10, 2020 after spending the previous two seasons with Portland Timbers 2 (2018) and Pittsburgh Riverhounds SC (2019). Prior to making the move to the USL Championship, Pack played two seasons for Puerto Rico FC (2016-17), where he made 11 starts and recorded two shutouts during the 2017 NASL season.