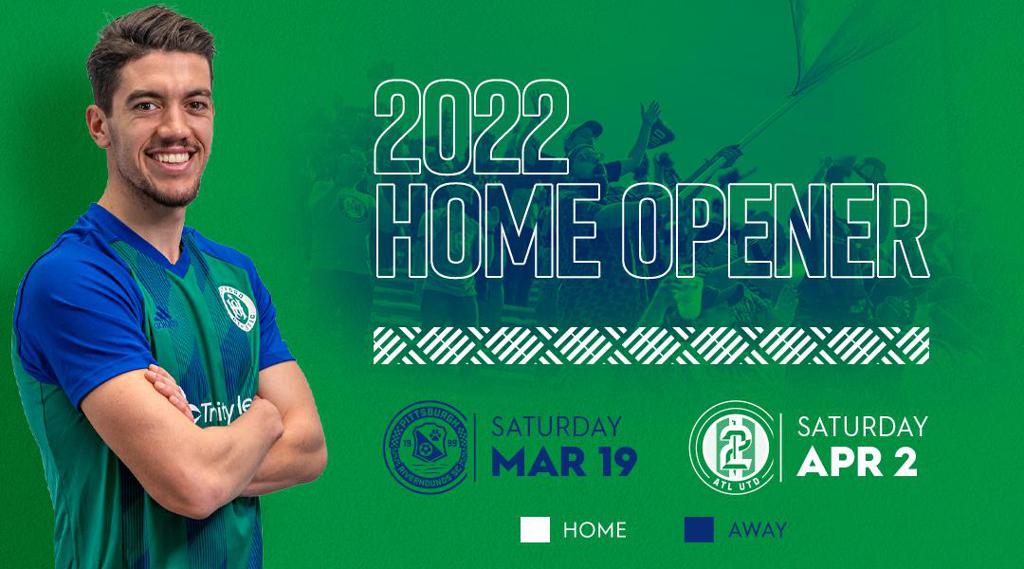 Hartford Athletic announced today that the club's 2022 home opener will be played on Saturday, April 2nd at Dillon Stadium. Hartford will host Atlanta United 2 in the first meeting between the teams since 2019. Hartford Athletic is 1-0-2 all-time in home opening matches.

The club has also announced that Hartford's season opening match will be played on the road against rival Pittsburgh Riverhounds SC on Saturday, March 19th at Highmark Stadium. Hartford completed the 2021 campaign on the road against the Hounds, ending the season with a 0-0 draw against their fellow Eastern Conference foes. Hartford won last season's opening match 3-2 on the road over New York Red Bulls II, the club's second consecutive season with a win on opening night.

The full 2022 schedule will be released next Wednesday, January 12. Fans interested in purchasing Season Ticket Memberships or Flex Plans should visit hartfordathletic.com/tickets for more information or to speak with a representative. Fans interested in Single Game tickets should visit hartfordathletic.com/single to join a waiting list to be the first to know when Single Game tickets go on sale and receive a discount to use on single game tickets.