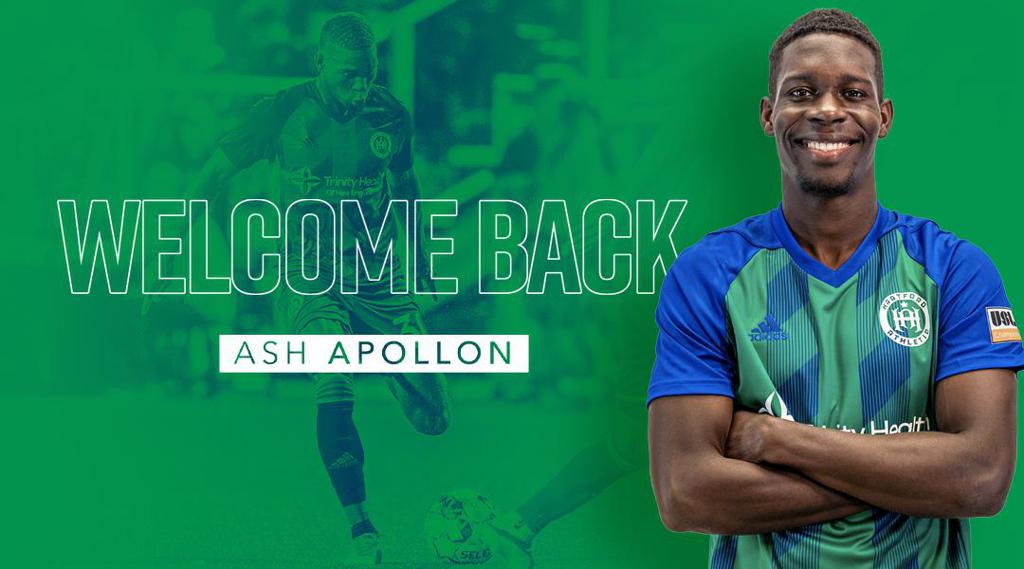 Hartford Athletic has re-signed Defender Ash Apollon for the 2022 season pending league and federation approval. Apollon is the ninth player to return to the roster from 2021, more than any season in club history.

"I am very happy to have re-signed with Hartford,” Apollon said. “Although I only spent a little over a month with the club at the end of last season, it was easy to see that something special is being built here. I am excited to work with Coach Watling once again and I cannot wait to get back out on the pitch with my teammates to help bring us back to the playoffs.”

Apollon was acquired by Hartford on transfer from NISA club San Diego 1904 FC just before the 2021 roster freeze at the end of September. He played in 6 matches in the season’s final weeks picking up an assist and six key passes in just 423 minutes. He also was named to the USL Championship’s Team of the Week for Week 26 after two excellent performances in wins against Loudoun United. Ash has made four appearances for the Haitian National Team, including 2 appearances during friendlies in the September international window.

"In a very short amount of time, Ash showed us great quality at left back. I am very happy that he will be with us again next season,” said Head Coach Harry Watling. “Ash brings versatility, experience, and a presence in the locker room to our squad. He is someone we will count on to be a leader on and off the pitch.”