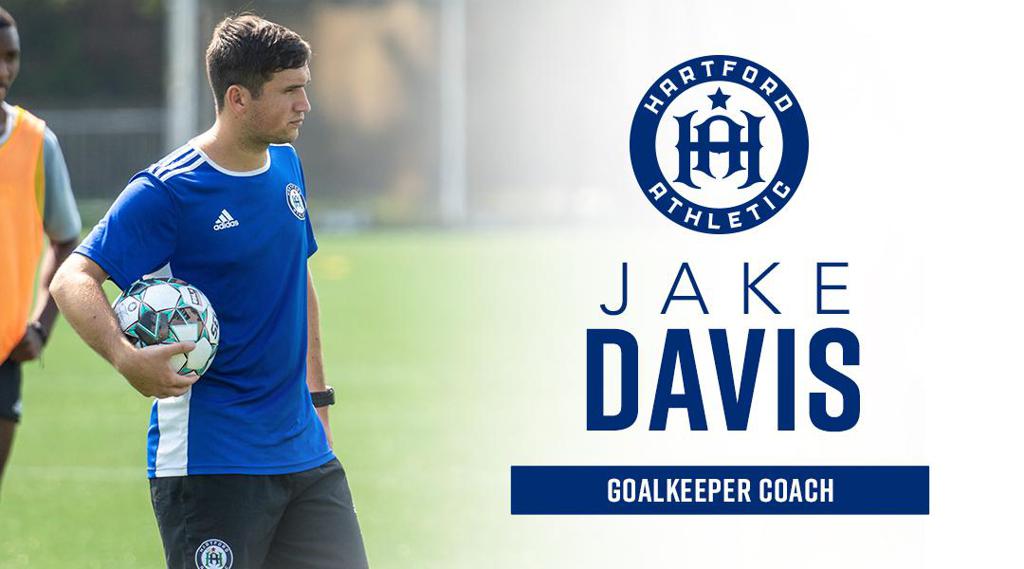 Hartford Athletic has named Jake Davis as First Team Assistant Coach and Goalkeepers Coach for the 2022 season. He spent three months on the Hartford staff as a part-time assistant in 2021.

“The team behind the team is key and I believe we have one of the most talented young Goalkeeper Coaches in the country in Jake,” said Head Coach Harry Watling. “He was pivotal in the form of Jeff Caldwell last season and we are delighted to have him on our staff this season.”

Davis spent the past three seasons working as the Goalkeeper Coach for the University of Virginia Women’s soccer program. During the 2019 season, Virginia was ranked number one in the nation for eight consecutive weeks. In 2020, the Cavaliers posted four straight shutouts in the NCAA Tournament on a run to the national semifinal. Last fall, the Cavaliers recorded 13 clean sheets and allowed just 13 goals in 23 games, winning the ACC Regular Season Championship.

"I am very excited to reunite with Coach Watling and Hartford Athletic,” Davis said. “The time I spent with the club last season really helped me grow as a coach and provide me with clarity on my next step in coaching. It was clear to me that I wanted to be back in Hartford. I can’t wait to get started and help our goalkeepers develop. I look forward to working with all our players to help them become the best possible versions of themselves, and to get us back to the playoffs next season.”