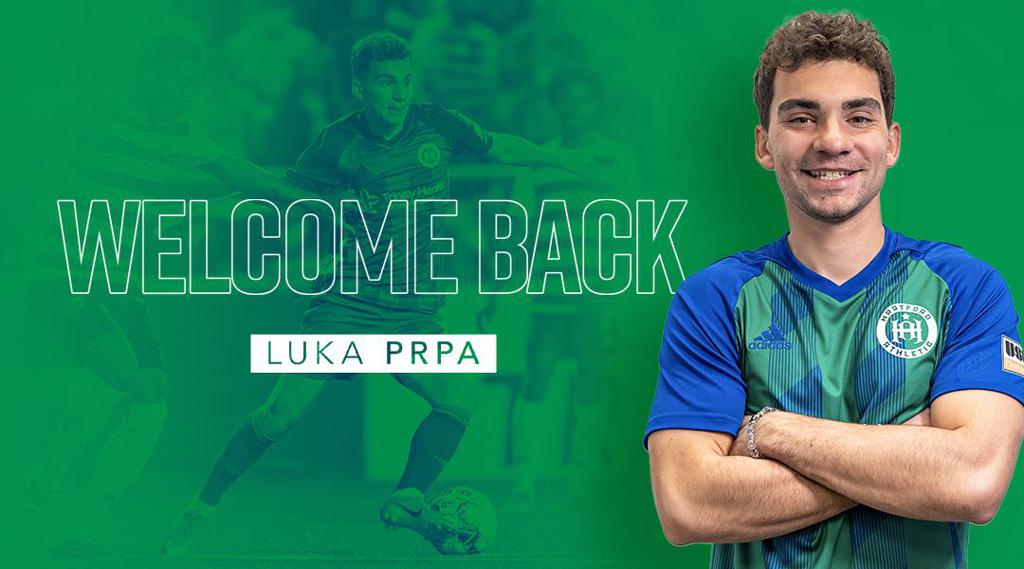 “I am incredibly happy to be back with Hartford next season,” Prpa said. “This organization is building something special and I am thrilled to be a part of it. I can’t wait to get back to work with Coach Watling and get this season started.”

Prpa started in the first game of the season for Hartford against New York Red Bulls II and two games later, scored the game-tying goal in stoppage time to salvage a 1-1 draw against Pittsburgh Riverhounds SC in the home opener. He suffered a foot injury in the match and didn’t play again until mid-September. Prpa appeared in ten matches following the injury and totaled 538 minutes on the season.

"Luka is a top player who showed great potential for us in 2021,” said Head Coach Harry Watling. “He is creative with the ball and will be a quality piece for us in attack. Luka showed his resiliency last season battling back from injury. A season of good health will show what a talent he truly is.”