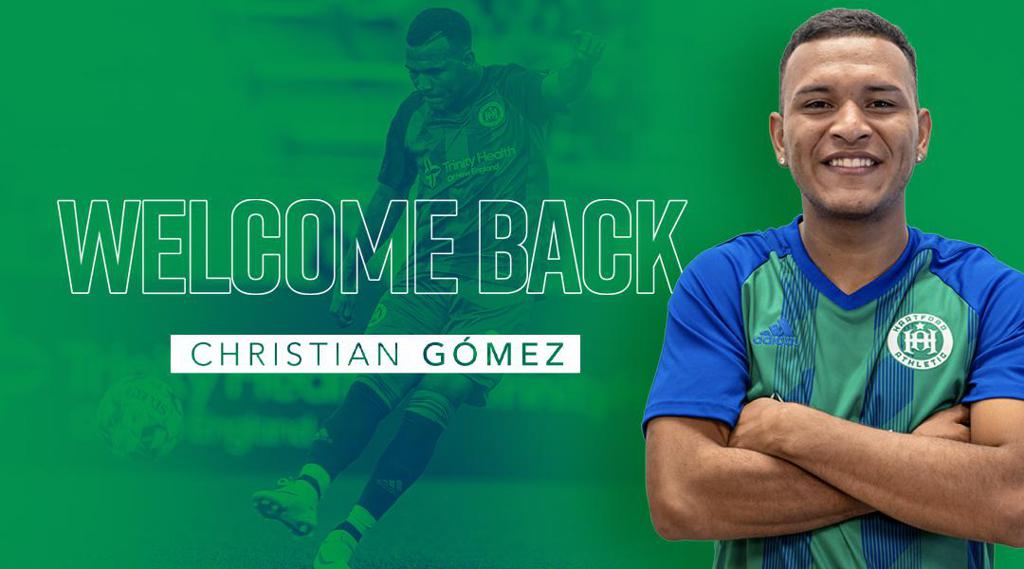 "I am very happy to be back in Hartford for another season,” Gómez said. “I want to thank the Technical Staff for giving me another opportunity to play the game I love. I look forward to getting back out on the pitch and giving everything I have for this club.”

Gómez made his Hartford debut on June 13, coming off the bench in the 62nd minute of a 3-2 road loss to Charlotte Independence. He played 723 minutes over 13 appearances with 10 starts. He had 2 assists, 8 key passes and completed 80.1% of his passes, including 60.7% of his long passes.

"Christian is an incredibly talented player and I’m pleased to have him back in the squad next season,” said Head Coach Harry Watling. “Christian will add quality depth and competition to our midfield and I expect that he will push himself and others to be the best possible versions of themselves.”