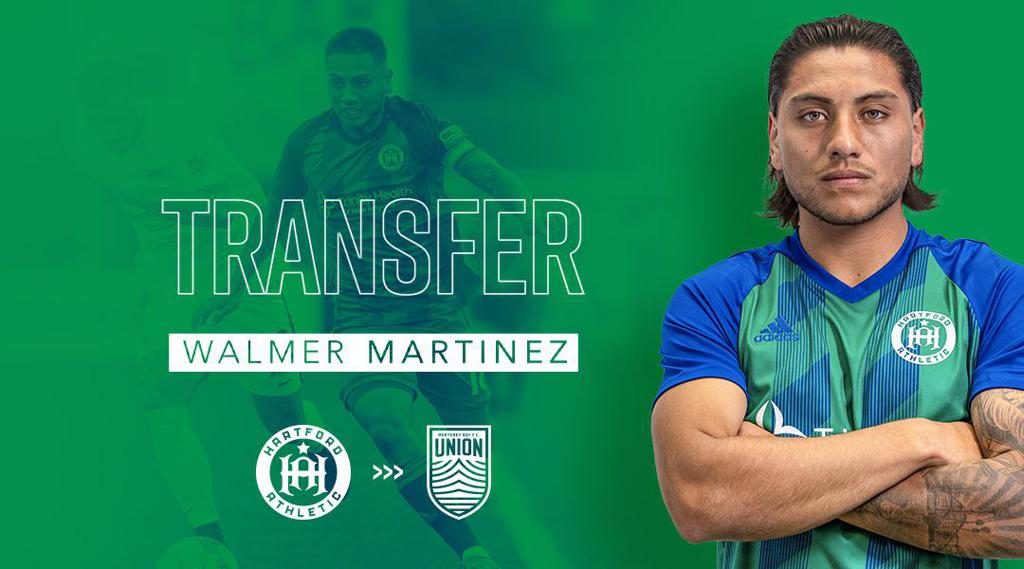 “Walmer is an extremely talented player and has been a pleasure to work with in the time he’s been with us. We thank him for his commitment here and wish him all the best with Monterey Bay,” said Hartford Athletic Head Coach Harry Watling. “Talent identification and development is critical to our club’s success. We will continue to use our vast scouting network to find more undiscovered talents and, through our style of play, help them find the best versions of themselves on the pitch.”

Martinez was invited to Hartford Athletic’s Preseason Combine in March. After an impressive showing, he earned his way to preseason training and finally, in April, signed his first professional contract. Shortly thereafter, Walmer received his first International call up and cap for El Salvador’s National Team. Throughout the year, he featured for El Salvador in CONCACAF World Cup Qualifiers and the Gold Cup. Martinez finished the USL Championship season playing 1,160 minutes in 19 appearances (13 of them starts), with 2 goals and an assist.

Martinez is the second Hartford player in club history to be moved via transfer. In the club’s inaugural season in 2019, Goalkeeper Frederik Due was transferred to fellow USL Championship club Orange County FC. More news regarding returning players, player signings, and a 2022 schedule will be announced in the coming weeks.