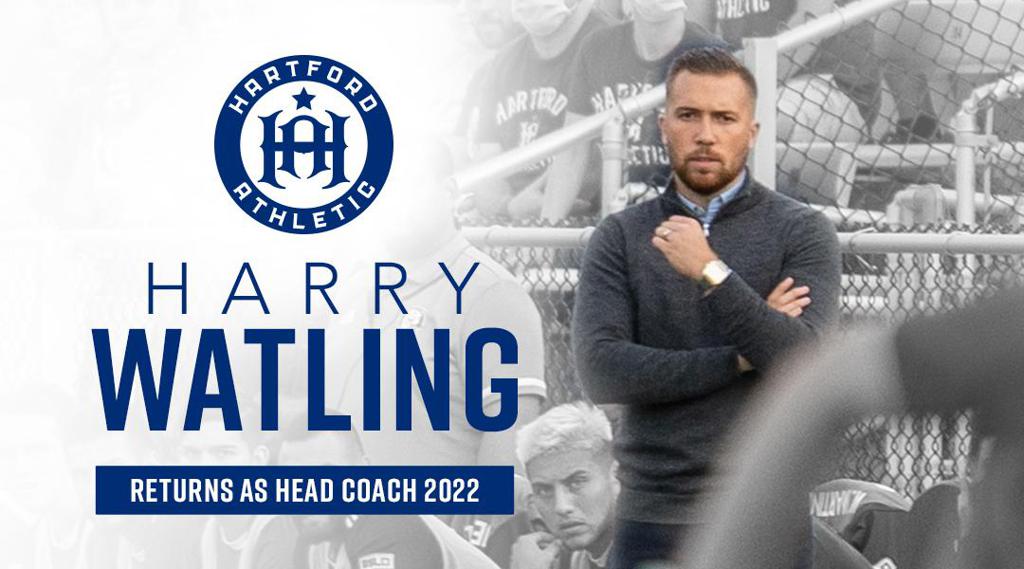 Hartford Athletic announced today that Head Coach Harry Watling will return for the 2022 season. In his first season as Head Coach, Watling led the club to a record 12 wins and 41 points.

“I am very excited to return to Hartford for a second season. My first season as a manager was a great experience and I want to thank ownership for giving me the opportunity to lead the club again in 2022,” Watling said. “We have a great foundation to build on and I look forward to returning the club to the playoffs next season. I want to thank the fans for their continued support and repay you all with a team that turns out every week and makes you proud. We are building something special here and this season we will show that the hard work pays off.”

Under Watling, the club saw a notable increase in player development as eight players were called for international competition. Many players set season highs in statistical categories including USL Championship All-League First Team selection Danny Barrera, who had eight goals and twelve assists, both career highs with the assist number leading the entire USL Championship, and Juan Carlos Obregón Jr. whose ten goals were a club single-season record.

"We are thrilled to have Coach Watling on the sidelines again in 2022,” said Hartford Athletic Chairman Bruce Mandell. “He is an excellent young coach who showed great growth and development in his first season as a First Team manager. We are excited to see him build on last season's successes and lead us back to the playoffs in 2022.”

Information about returning players, new player signings and the 2022 schedule will be available in the coming weeks.