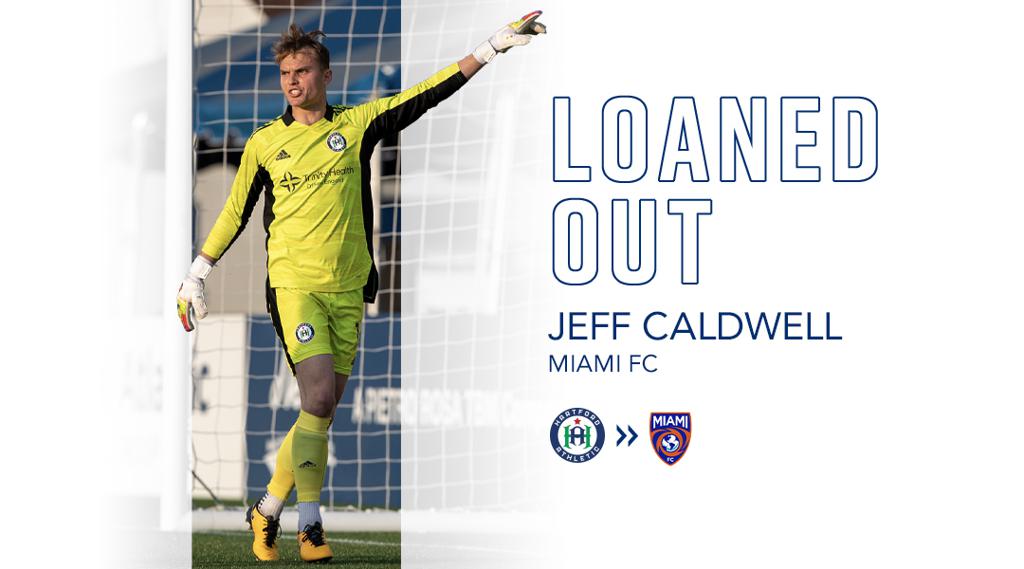 Hartford Athletic Goalkeeper Jeff Caldwell has been acquired by Miami FC via a temporary emergency loan. Caldwell joins Miami in advance of its game against Louisville City FC tomorrow, Saturday Nov. 6, in the Eastern Conference Quarterfinals.

The emergency loan comes after Miami Goalkeeper Bryan Sylvestre became unavailable for Saturday's match. Under league rules, after the Roster Freeze date, if a club is reduced to a single available and healthy goalkeeper, that club may petition the league to register an emergency goalkeeper. The subsequent registration will be permitted until such time as one or more of the originally rostered goalkeepers becomes available and healthy.

Caldwell recorded a club record 109 saves in 2021, second best in the USL Championship. His 9 clean sheets were also a club record.  We wish Jeff all the best as he competes in the postseason!