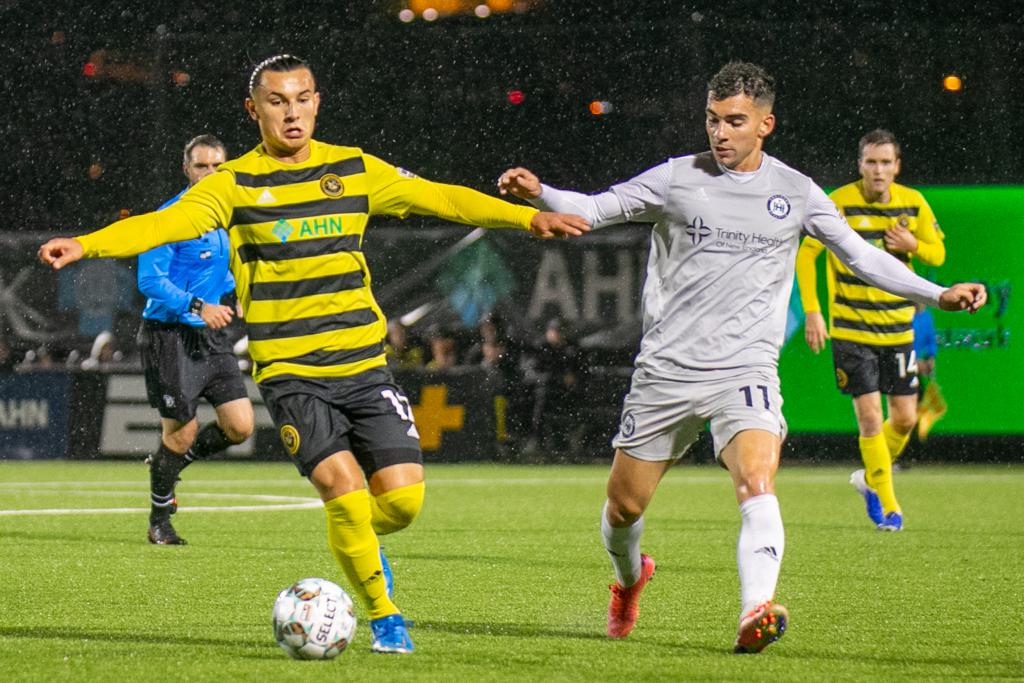 Hartford Athletic earned a difficult point on the road, drawing Pittsburgh Riverhounds SC 0-0 on Saturday night. It is the first ever 0-0 draw in the Club's three-year history.

Despite being outshot seventeen to seven, Hartford earned the lion's share of good chances with Pittsburgh only getting one of their seventeen shots on frame. Hartford's defense found a bit of its early season form, blocking six of the Hounds' shots including two each from Arthur Rogers and Luka Prpa. In the 40th minute, Prpa gave Hartford the best chance of the match, letting a shot rip from 30 yards out that was kept out of the net by a diving save from Pittsburgh keeper Danny Vitiello.

The teams went back and forth in the second half. In the 60th minute, Conor McGlynn smashed a ball into the box off a set piece, the usually reliable Juan Carlos Obregón Jr. tried to redirect the ball into the top corner with his head but just sent the ball above the bar. Hartford had the better of the chances in the final 30 minutes of the match but were unable to find the back of the net and emerged with a point.

Hartford finishes the season with a record of 12-15-5 and 41 points, the most wins and points in a season in club history. Hartford will finish fifth out of eight teams in the challenging Atlantic Division this season. Follow the club throughout the offseason for updates on player signings and the 2022 schedule. For fans interested in 2022 season tickets, please visit hartfordathletic.com/tickets.