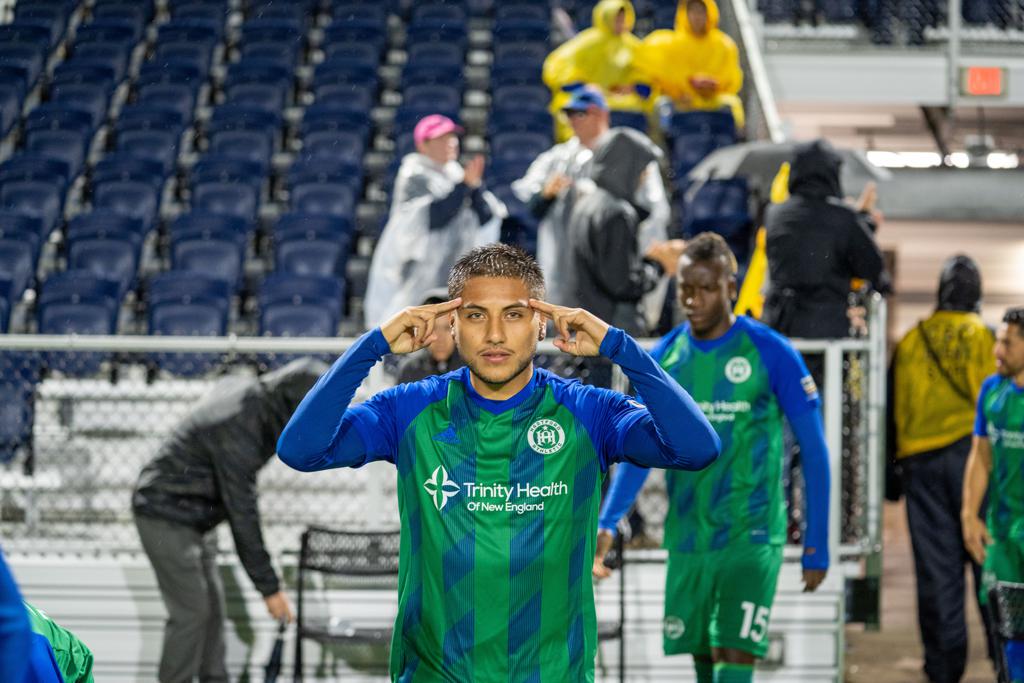 On a cold and rainy night in Hartford, Athletic posted it's second clean sheet in its last three matches en route to a 2-0 victory over Charleston Battery.

The opening moments of the match were spent figuring out how to battle the elements and how to get footing on the slick pitch. The teams traded chances on and off in the early going but were unable to open their accounts. Hartford finally broke through in the 40th minute. Danny Barrera struck the inside of the post with a shot from just inside the box and Walmer Martinez pounced on the loose ball and powered it past on-coming defenders for the first goal of the match. It's the first goal in Blue and Green for the El Salvadorian International, but he wasn't quite done.

In the 70th minute, still leading 1-0, Danny Barrera played a beautiful ball through to Martinez. Martinez dodged a defender and curled a shot past the keeper who was well off his line for the second goal of the evening. It's the twelfth assist on the season for Barrera, the most he has ever recorded in a single-season.

With the win, Hartford reaches 40 points in a season for the first time ever. They will have a chance at 43 points on Saturday night when they travel to Pittsburgh to take on the Riverhounds in the season finale. Fans can watch the match on WCTX-MyTV9.