Hartford Athletic defeated Loudoun United 1-0 on a rainy Saturday night at Dillon Stadium. In the 33rd minute, off a set piece, Danny Barrera casually back heeled a ball to an on-rushing Conor McGlynn who powered a ball through defenders and past a diving keeper, off the post and into the net to give Hartford the lead! Loudoun failed to create any true chances in the second half and Jeff Caldwell secured his seventh clean sheet of the season.

For the first time, Hartford Athletic has had players in and out of the squad due to competition for the countries international teams. As a result, the depth of the Hartford squad has been tested. Thirteen players this season have crossed the one thousand minute threshold and three others have the potential to reach the number before season’s end. In 2019, Hartford also had sixteen players who reached the one thousand minute mark, albeit during a season with four more regular season matches over six extra weeks of play. No one will catch Sem de Wit, Hartford’s single season leader in minutes played with 2,970 in 2019.

TEAM OF THE WEEK: 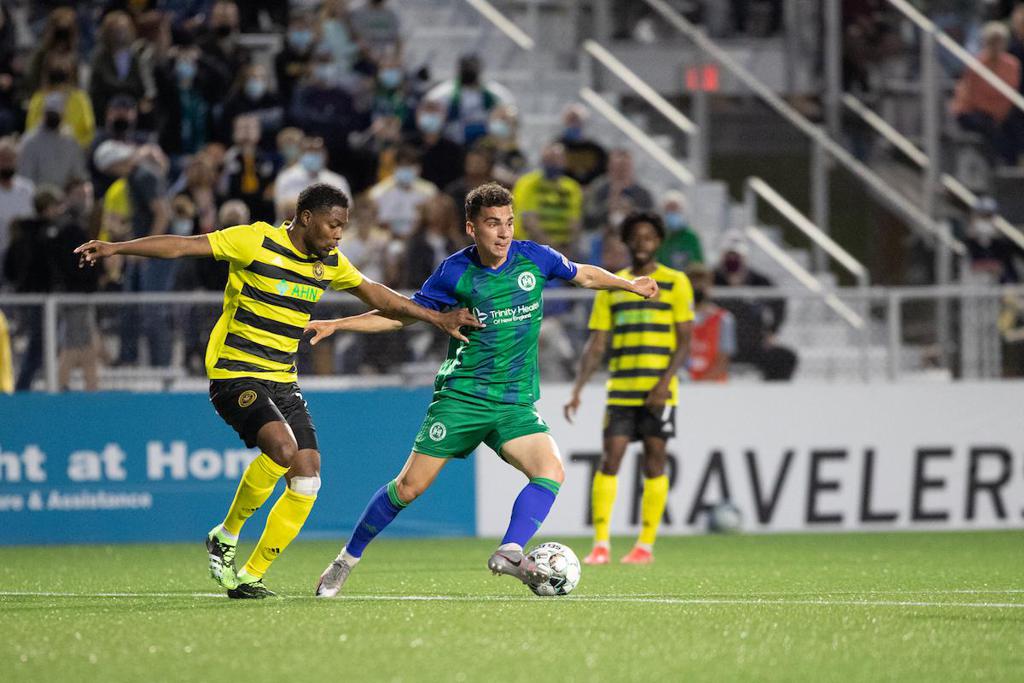 Conor McGlynn will miss this match with a Yellow Card Accumulation suspension and the expectation is that Prpa will be asked to step in and fill his role. Prpa suffered a foot injury in the third match of the season that has caused him to miss most of the season and his minutes have been managed by the coaching staff since his return. Coach Watling and his staff were very excited about Luka's tactical ability entering the season and he'll have a chance to put them on display against Charlotte.

Not much needs to be said about the French International and former Manchester United midfielder. Through 10 games, he's scored three goals on ten shots and added an assist in just 477 minutes and has been a big part of the recent success Charlotte has had on the pitch. An imposing force in the middle of the field, he'll be an important piece for Hartford to key on tomorrow night.

Charlotte Independence are playing their best soccer at the right time, having won four matches in a row and eight of their last nine. Those twenty-four points have catapulted Independence into second place in the Atlantic Division table, tied with Pittsburgh in points (52) but with a game in hand. Charlotte have gotten the better of Hartford this season, winning all 3 matches between the clubs. In two of those matches, Charlotte have scored the game-winning goal in the 83rd minute.