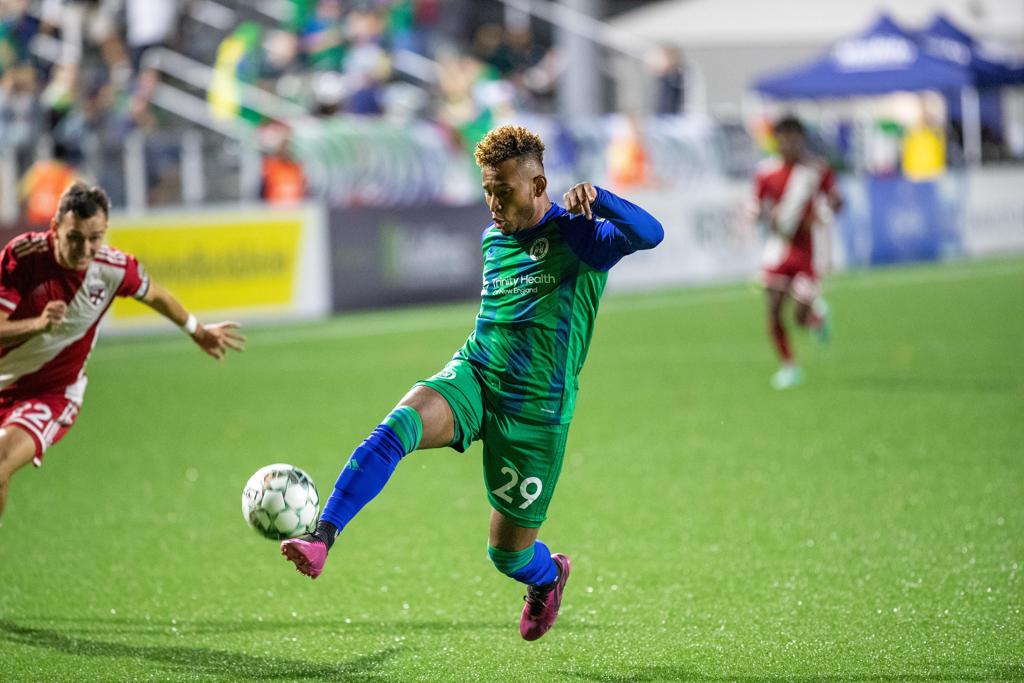 Loudoun generated the first great chance of the night in the twelfth minute when Jace Clark volleyed a ball off the post from a beautiful Ted Ku-DiPietro cross. It was the one of the few true moments of danger for Hartford on the night. Roughly twenty minutes later, Hartford took the lead. Juan Carlos Obregón Jr. was fouled about 10 yards outside the box, perfect territory for Conor McGlynn to make magic happen. On the set piece, Obregón, McGlynn, and Danny Barrera stood over the ball. Barrera casually back heeled a ball to an on-rushing McGlynn who powered a ball through defenders and past a diving keeper, off the post and into the net to give Hartford the lead! It's McGlynn's second goal in as many games and his fifth on the season. Hartford would take a 1-0 lead into the half.

In the second half Juan Carlos Obregón Jr. had two excellent chances to score, the first, right out of the half taking a grounded cross from Justin Haak and curving it to the far post only to see it just go wide and out of bounds. In the 70th minute, Obregón tried to head in a Danny Barrera cross but the ball trickled past the post and out of bounds. Loudoun failed to create any true chances in the second half and Jeff Caldwell secured his seventh clean sheet of the season.

Your Boys in Green are back at home on Friday night against Charlotte Independence at 7 PM. Fans interested in tickets can visit hartfordathletic.com/single.