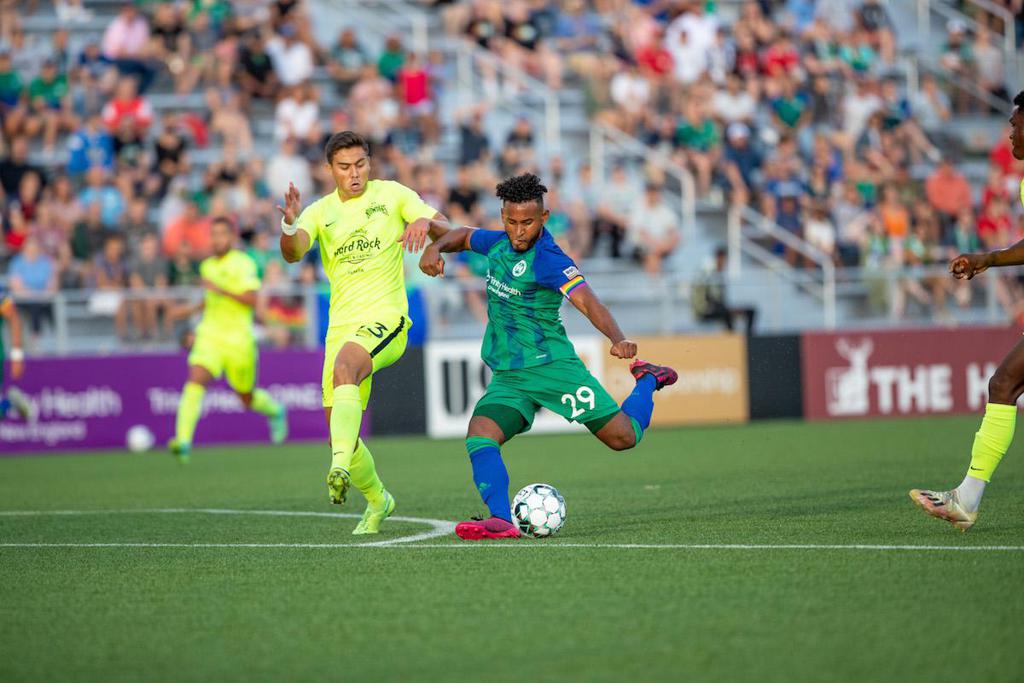 Hartford Athletic lost a wild match to Charleston Battery on Sunday afternoon, 4-3. Down 3-1 in the second half, midfielder and team captain Danny Barrera was given his second Yellow Card in the 58th minute. Charleston would add a fourth goal a few minutes later, but Hartford scored twice in the final ten minutes of the game to pull within striking distance. Unfortunately in the final 5 mintues of stoppage time, Hartford were unable to find a goal and were eliminated from playoff contention.

It’s been quite a year for Juan Carlos Obregón Jr. Obregón signed for Hartford just before the start of the season, making the team after an invitation to preseason training. Since then, he has been in the starting lineup in every match he’s been available and has set the club record for goals in a single season with 9 - including goals in each of the last two Hartford matches. He also became the first Hartford Athletic player ever to participate in the Olympics, playing for Honduras’s U-23 side in Tokyo. Obregón scored the second of three goals in a match with New Zealand that Honduras won, but unfortunately they did not advance out of group play.

The trip to Loudoun marks the second to last road match of the season for Hartford, something they will be more than pleased to see. After starting the season with a record of 4-1-0 on the road, Athletic are 0-8-1 since with the one draw coming just 5 days ago against New Mexico United. Fortunately for Hartford, their first visit to Segra Field came during the first stretch of road play, logging a 2-0 win on the Fourth of July. Arthur Rogers and Preston Tabort Etaka each scored goals for Hartford in the win. That’s the energy Hartford will hope to generate when they take the pitch on Wednesday night. 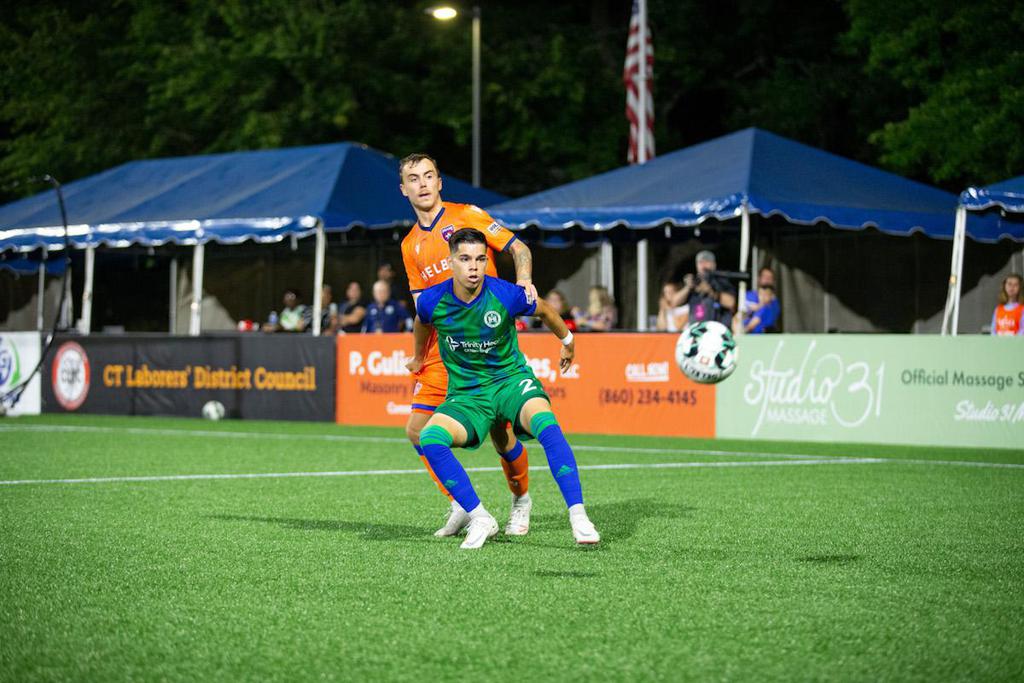 Cedeño made his third start of the season on Sunday afternoon and drew high praise from Head Coach Harry Watling. "I thought he was very difficult for (Charleston) to defend today. I thought he controlled the rhythm and the tempo. He didn't deserve to be on the losing team," Watling said after the match. Cedeño has brought effort, energy and skill on the ball every time he's taken the pitch in 2021. He will be counted on to bring more energy as Hartford look to rite the ship on Wednesday night.

Samake was named to the Week 25 Team of the Week earlier today for his performance in a 3-2 win over Miami FC. He put in a strong display, winning 10 of 14 duels and making 10 recoveries while in attack completing 5 of 6 dribbles and completing 52 of 56 passes. They will need a strong effort from Samake to keep Hartford out of the net. Loudoun have conceded the second most goals (65) in the entire Championship this season.

Hartford and Loudoun United meet for the third time this season on Wednesday night, but the first of two matchups in four days as the two teams play again in Hartford on Saturday night. Hartford has won both matchups against Loudoun this season, but the home side come into the match with some positive momentum after beating Miami FC 3-2 on Sunday afternoon. Hartford have never lost to Loudoun and currently hold seven wins and a draw in eight total matches between the clubs.