RECAP: Comeback Comes Up Short in 4-3 Loss to Charleston 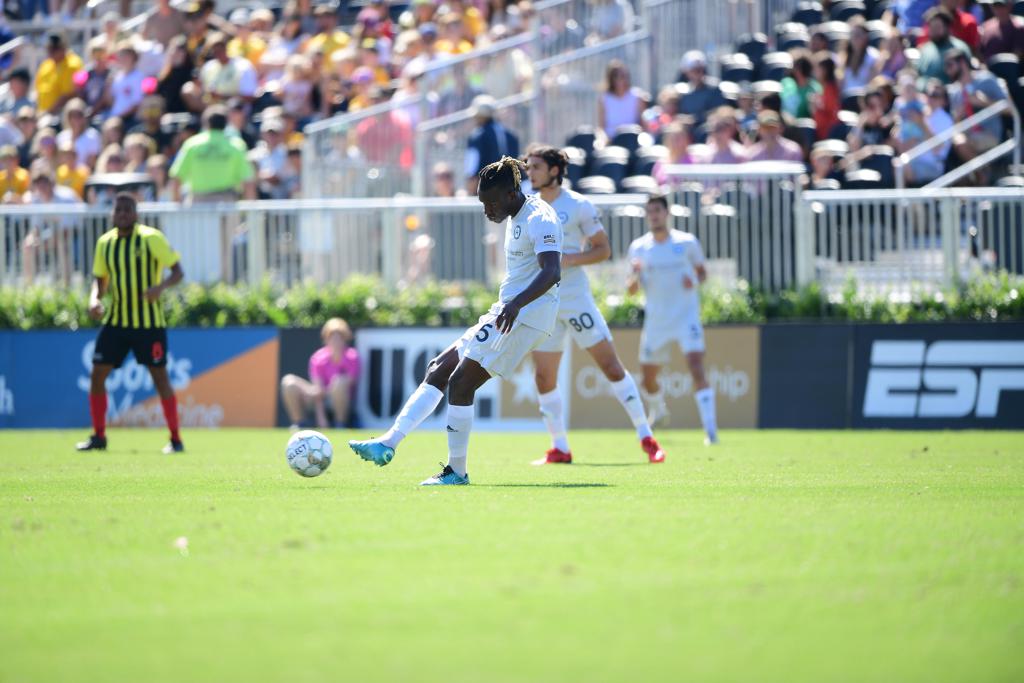 An incredible comeback attempt from Hartford Athletic came up just short in what ended up a 4-3 loss on the road to Charleston Battery on Sunday afternoon at Patriots Point in Mount Pleasant, SC.

The scoring started in just the second minute of the match. Thomas Janjigian, with the ball deep in his own end, tried to play a pass back to Goalkeeper Matt Lampson. Janjigian's pass had just a bit too much pace on it and skipped past Lampson and into the goal to open the scoring for Charleston. Ten minutes later, Nicque Daley would add another after a some nice build up by the Battery.

Hartford went on a run with a number of good chances from Preston Tabort Etaka, Conor McGlynn and Justin Haak, but ultimately were unable to find the back of the net. Daley added his second goal of the match and third of the night for the Battery in the 43rd minute. Hartford found an answer though in the final moments of the half, Ash Apollon made a nice move to create some space, delivered a beautiful ball into the box that was deflected into the net by a Charleston player. Hartford went into the half trailing 3-1.

The final 45 minutes had a different tone, especially for the visitors. Hartford came out of the locker room energetic and generated a couple early chances but failed to get a goal out of them. In the 58th minute, Danny Barrera, who had already been given a Yellow Card in the first half was given his second yellow of the match. Danny was sent off the pitch and Hartford would have to play down a man. Charleston capitalized on the opportunity, scoring a goal just four minutes later to take a 4-1 lead.

But this Hartford group has nothing if not heart. In the 81st minute, Juan Carlos Obregón Jr. scored his ninth goal of the season, holding up and pulling the ball up on the left hand side of the box and firing on the ground to the far post to cut the lead in half. In the 89th minute, Obregón Jr. intercepted a pass in the attacking half, played a beautiful ball through for Derek Dodson who centered to Kenan Hot in front of net for the sitter. It's Hot's first ever goal for Hartford and it brought the score to 4-3. Hartford would do its best to generate chances in the final five minutes of stoppage time, but ultimately came up just short.

Hartford return to the pitch in just a few days, taking on Loudoun United on Wednesday night at 7 PM at Segra Field in Leesburg, VA. You can watch the match locally on WCTX MyTV9 or stream on ESPN+.