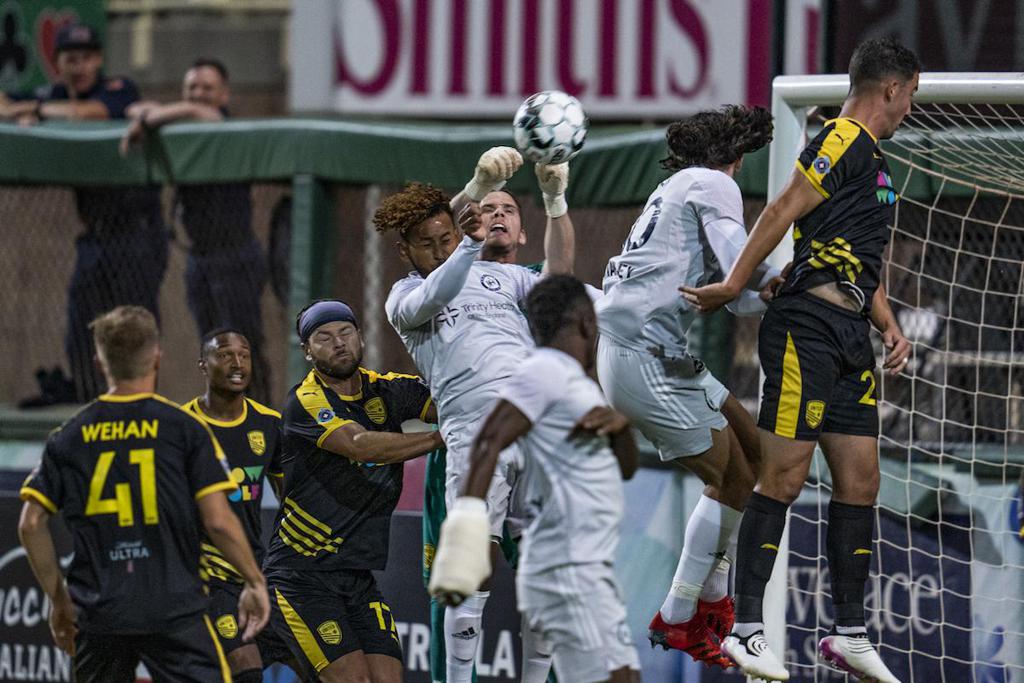 The first ever matchup between Hartford Athletic and New Mexico United lived up to the hype and finished in a 2-2 draw on Wednesday night in Albuquerque. Hartford broke up a stretch of disappointing performances away from home, recording the first road point since July 13th and the first goal since August 6th.

New Mexico opened up the scoring in the 26th minute. Off a free kick, Chris Wehan took a quick touch and bolted for the far post. After a couple of passes, the ball found its way to a completely unmarked Wehan who centered for Sergio Rivas who headed the goal towards net. Matt Lampson appeared to make a tip save, and then another save from his back, but the official ruled the ball crossed the line and New Mexico was given the lead. Hartford fell behind again, normally a recipe for failure for the visitors.

But tonight was a different night. Roughly 4 minutes into stoppage time, New Mexico was called for a handball in the box. Danny Barrera stepped up to the spot and quickly put the ball past New Mexico Goalie Alex Tambakis for the first goal of the night. It's Barrera's 8th goal of the season which set a new record for goals in a single-season for Hartford Athletic.

Barrera, however, would not have that record to himself for very long. Hartford came out with great energy after halftime and earned a free kick in the 48th minute. Barrera took the free kick from the right side and found Juan Carlos Obregón Jr. dashing to the near post, redirected Barrera's delivery to the far post and gave Hartford a 2-1 lead! It marks just the second time this season that Hartford have taken the lead after falling behind.  New Mexico would answer with a goal of their own in the 55th minute to tie the game.

Back and forth the teams went in the final minutes with Hartford Forwards Derek Dodson and Darwin Lom doing well to get in the box but unable to find either teammates or the frame to take the lead. After 6 long minutes of stoppage time, the final whistle blew and Hartford had earned a well-deserved point on the road.

The road trip for Hartford continues as they head to Charleston to take on the Battery at 2 PM on Sunday, October 10th. You can watch the match on WCTX MyTV9.