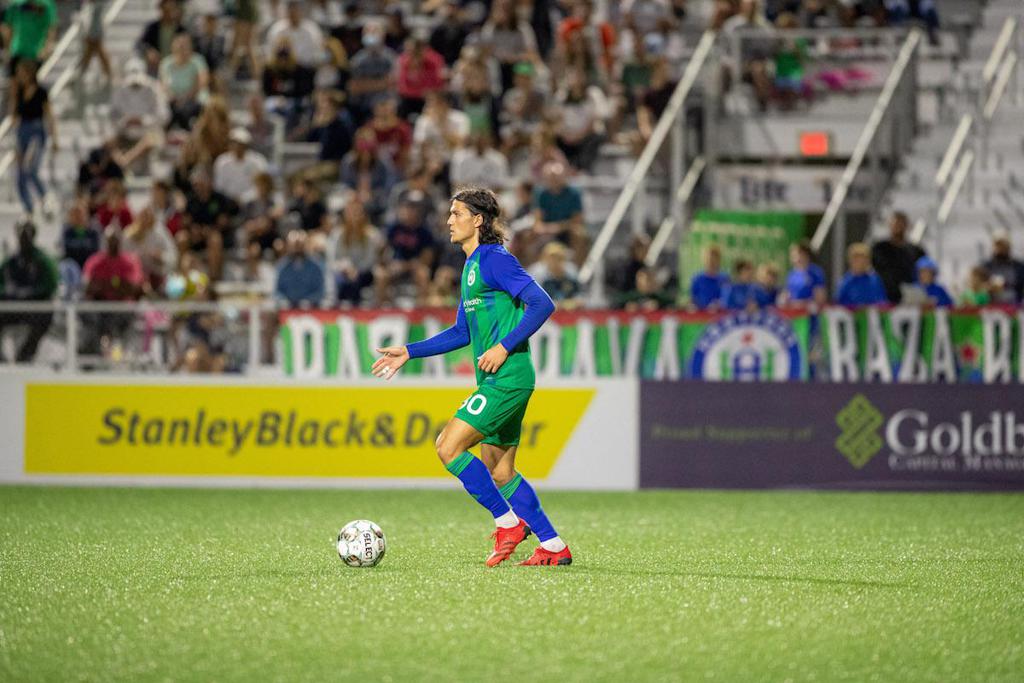 Down a goal in the 81st minute against Charlotte Independence, Danny Barrera stepped up to take a free kick for the home side, curled a ball to the near post only for it to be headed in by a Charlotte defender for an own goal. Hartford had leveled the match! But just as quickly, Charlotte turned around and answered, with Dane Kelly scoring his 96th career goal to give Charlotte a lead they would not relinquish.

Nico Cardona has been a new face in what has been a rather consistent back line for Hartford this season. He has made starts in three consecutive matches for Hartford, two at right back and most recently at his more natural position of center back in a 2-1 loss to Charlotte.  He’s recorded 10 clearances, and 3 blocks in that stretch - both the most on the team - as well as 5 tackles and an interception. Head Coach Harry Watling has made a point of wanting to develop talent and Nico’s progression throughout the season is showing the fruit of the labor

ON THE ROAD AGAIN:

Hartford hit the road for the first time since September 11, the longest stretch without a road trip since early July. Unfortunately, road trips have been less than kind for the Boys in Green, who haven’t won on the road since a July 13th victory over Tampa Bay Rowdies and who haven’t scored on the road since August 7th. With three consecutive road matches coming up and a giant hill to climb to make the postseason, Hartford will need to figure out the source of its away from home issues. 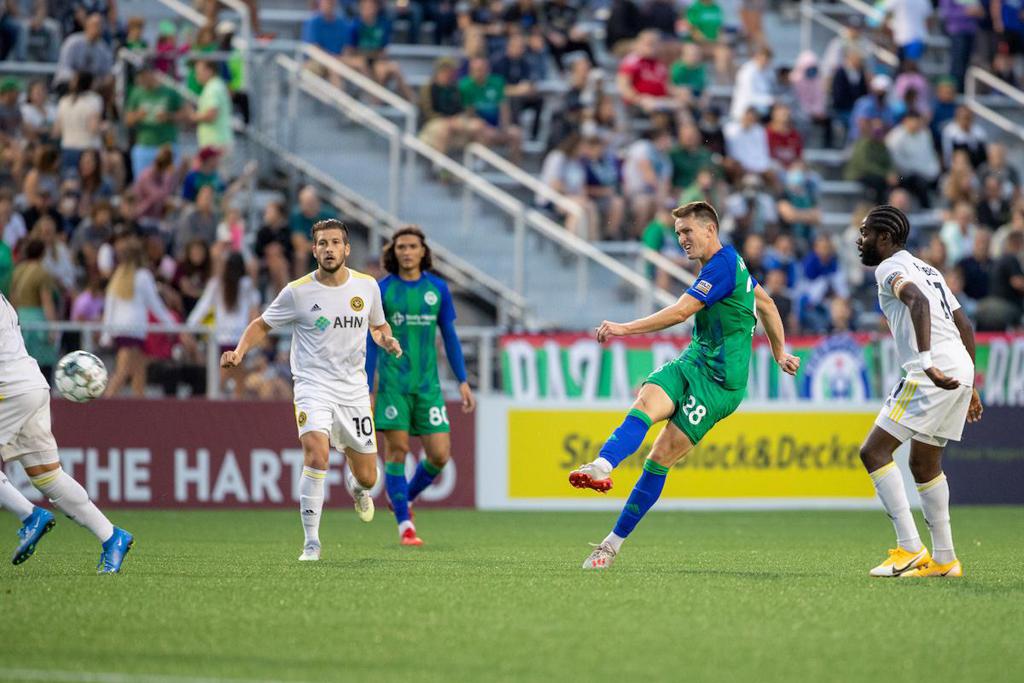 While it's Danny Barrera who is often referred to as a magician in the midfield, it's Conor McGlynn who brings solid defensive play, quality distribution, and an absolute rocket of a leg that has created multiple highlight reel goals this season. He was brought on in the 31st minute by Head Coach Harry Watling last game and he thought that the team looked "brighter and like they had more of a handle on the game." Whether as a starter or a substitute, McGlynn makes a big impact on the pitch for Hartford and that will be incredibly important against New Mexico.

The creative midfielder will be the player Hartford will need to keep a close eye on Wednesday night. Tinari leads New Mexico with 7 assists on the season, and shutting down the playmaker will be key to keeping New Mexico off of the scoreboard.

New Mexico United welcome Hartford to Isotopes Park coming off a 3-1 road loss to Louisville City FC on Sunday, but rattled off 3 consecutive wins prior that have pushed them into the final playoff spot in the Mountain Division. New Mexico are hard to beat at “The Lab” boasting a 7-1-4 record in Albuquerque as opposed to just 3-8-3 away from home. Former Hartford Athletic midfielder Harry Swartz signed with New Mexico in the offseason, but will not be available for the match after having season-ending surgery earlier this year.