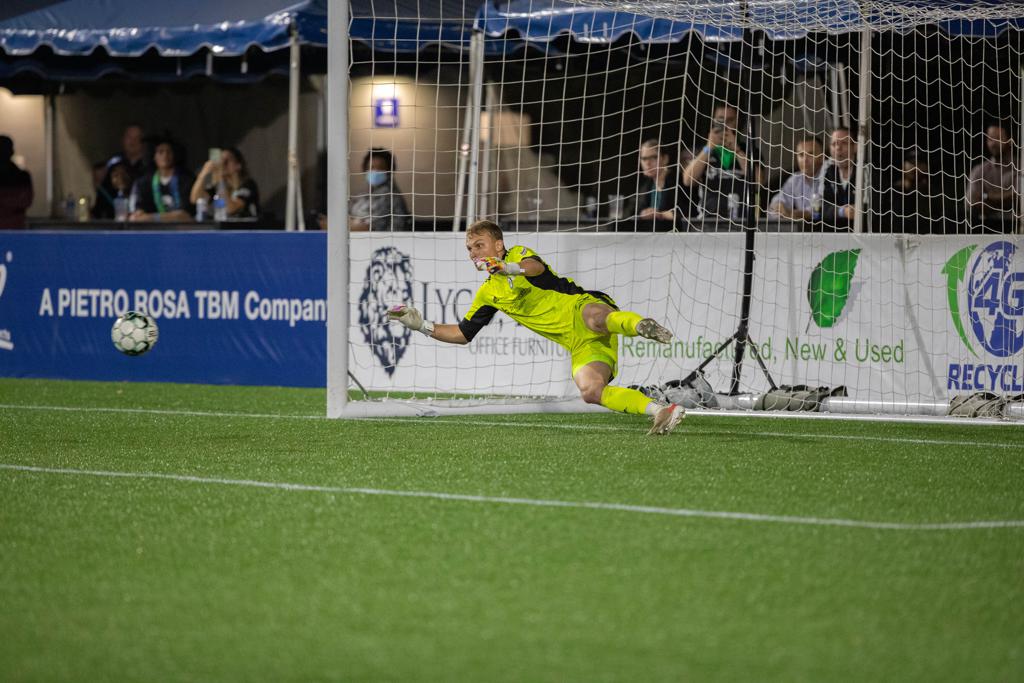 A late goal from Danny Barrera broke Tampa Bay's streak of over 800 minutes without conceding, but it was not enough as Hartford fell to division leaders Tampa Bay Rowdies 2-1 in front of a fantastic home crowd at Dillon Stadium.

Tampa Bay opened the scoring in the 12th minute. Leo Fernandes worked his way into the box and hit a grounded cross to leading scorer Sebastian Guenzatti who tapped home a ball in front of net for the first goal of the evening. Tampa Bay would threaten to add another after Steevan Dos Santos was taken down in the box and given a penalty. But Jeff Caldwell made his fifth PK save of the season, this one with his trailing leg after Guenzatti tried to beat him to his right.

Hartford would have felt great about heading into the half only down a goal, but Guenzatti delivered for the visitors once again. In the final seconds of stoppage time, Fernandes headed a ball to Guenzatti who snuck in behind the back line and volleyed the ball over Caldwell and into the far corner of the net. The halftime whistle blew and the Rowdies took a 2-0 lead into the break.

Hartford had chances to answer in the second half, including hitting both the crossbar and post on consecutive chances both within 60 seconds of each other, but seemingly everything was going Tampa Bay's way. Finally, in stoppage time, the Hartford attack clicked. Derek Dodson collected a loose ball in the box, fired a shot on net that was saved, got his own shot back, found Danny Barrera at the top of the 6 yard box who calmly slotted it into the upper left hand corner to cut the deficit to one. The goal was Barrera's seventh of the season, tying him for the lead on the season, and moving him past Alex Dixon for the club's all-time lead in goals scored (12). Hartford put one last push together before the final whistle was blown and Tampa Bay declared the victors.

Hartford Athletic return home on Thursday night for the club's first ever Noche Latina! Your Boys in Green will take on Charlotte Independence at 8 PM in a match with huge playoff implications. For tickets, please visit hartfordathletic.com/single.