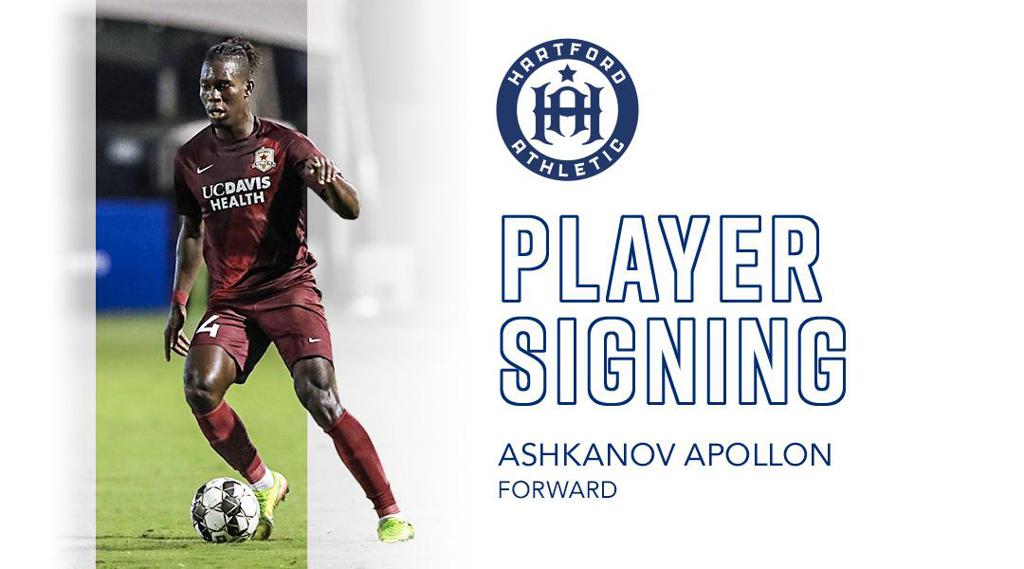 Hartford Athletic has acquired Forward Ashkanov Apollon for the remainder of the 2021 season pending league and federation approval.  This signing was completed prior to the USL Championship's Friday roster freeze deadline.

Apollon joins Hartford from San Diego 1904 where he scored one goal in five appearances during the NISA Fall season, playing mostly as a Forward. During the last international window, he received a call up to the Haitian National team and competed in friendlies against Bahrain and Jordan alongside Athletic Forward Sebastian Elney. During the 2020 season, Apollon competed with USL Championship club Sacramento Republic FC where he played mostly as a left back or left winger.

"We’re very excited to bring in Ash as we make our final playoff push,” said Hartford Athletic Head Coach Harry Watling. “Ash brings a wealth of experience to the squad, both from club and international competition. He is an incredibly versatile player who can make an impact at every level of the pitch and that is what he will be asked to do over the remainder of the season.”

Apollon will not be available for tonight’s match against Tampa Bay Rowdies. Fans interested in purchasing tickets to tonight’s match should visit www.hartfordathletic.com/single.