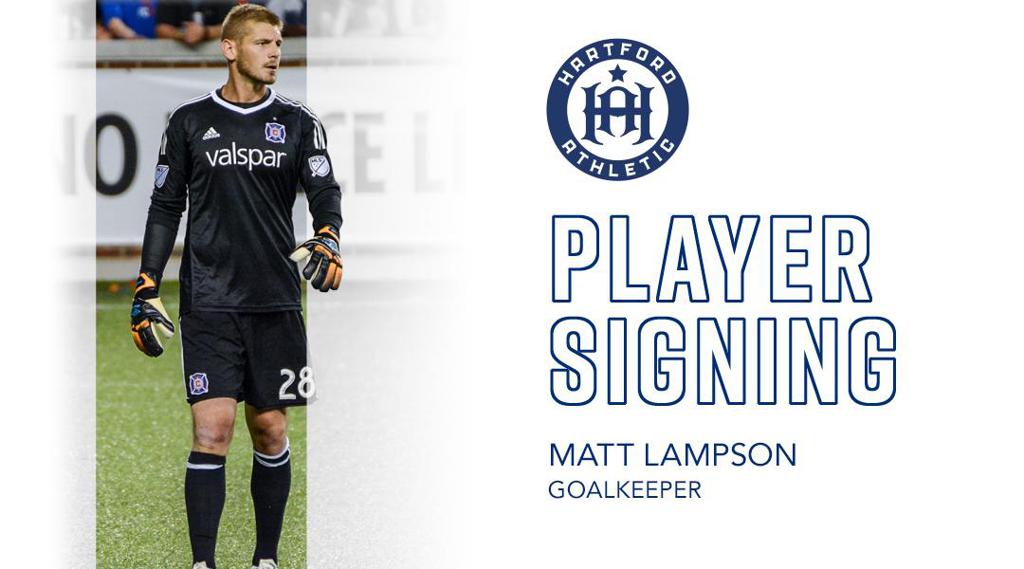 Hartford Athletic has signed Goalkeeper Matt Lampson for the remainder of the 2021 season pending league and federation approval.

Over an eight-year career, Lampson totaled 61 appearances in MLS for Columbus Crew, Chicago Fire, Minnesota United, and LA Galaxy. Lampson also had two stints on loan in the USL playing with Pittsburgh Riverhounds and Charlotte Independence in 2015. Matt is the second homegrown player in Columbus history and after returning to the Crew in 2020, was part of the roster that won the MLS Cup.

"We are delighted to bring in Matt, a player with great experience at a high level," said Hartford Athletic Head Coach Harry Watling. "Matt has been training with us for a few days and has already made a massive impact on the group. We're really happy to have him in to push Jeff (Caldwell) and to continue to drive the standards we've set."

Lampson is the third player who joins Hartford Athletic with ties to Columbus Crew. In 2019, midfielder Luis Argudo and goalkeeper Jon Kempin joined Hartford on loan from the Crew. Backup goalkeeper Carlos Merancio will miss the remainder of the season after a knee injury suffered in the September 4th match against New York Red Bulls II.

Hartford Athletic are back at Dillon Stadium on Saturday night against Tampa Bay Rowdies at 7 PM. Visit www.hartfordathletic.com/single to purchase tickets.