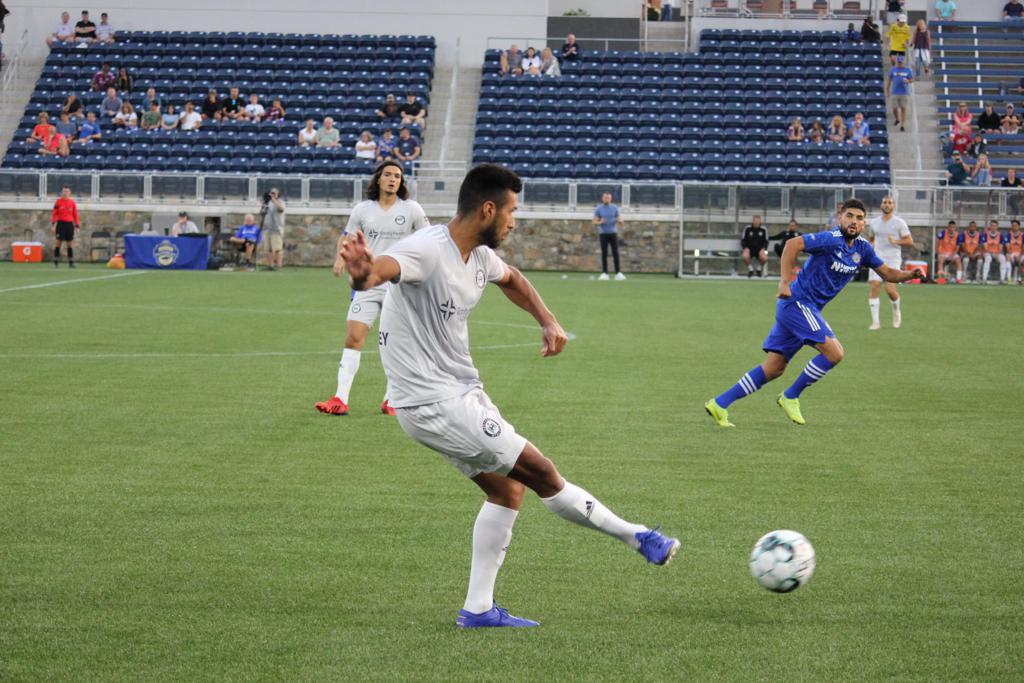 The road woes struck again for Hartford Athletic, who fell to Charlotte Independence 2-0 on Saturday night in the Queen City. It's the 7th consecutive road loss for Hartford since a thrilling 1-0 victory at Tampa Bay Rowdies on July 13th.

Things were quiet for most of the first half. Play alternated possession in the midfield and few chances were generated through the first 30 minutes of the match. But in the 35th minute, a Christian Gómez giveaway in the attacking third set up a chance for Charlotte. Enzo Martinez took the long ball up the left side of the pitch and into the box. Dragging the defenders to him, he centered to Irvin Parra who found Sylvain Marveaux to his right with a clear path to goal and struck the first goal of the night home. Independence carried the 1-0 lead into halftime.

Despite some substitutions and a shape change, things stayed mostly the same for Hartford Athletic in the second half. Despite some aggressive attacking play, Marveaux collected a loose ball in the center of the pitch with acres of space in front of him. With teammates on the wings to either side and two Hartford defenders in front, Marveaux played a beautiful ball to his left for Martinez. Martinez looked for an opportunity of his own, found none and opted to lay a ball off for Marveaux who buried it to double the lead for the Jacks. That would be more than enough for Charlotte to emerge victorious.

Hartford Athletic is back at home on Wednesday, September 15th to take on Real Monarchs SLC. For tickets, visit hartfordathletic.com/single.