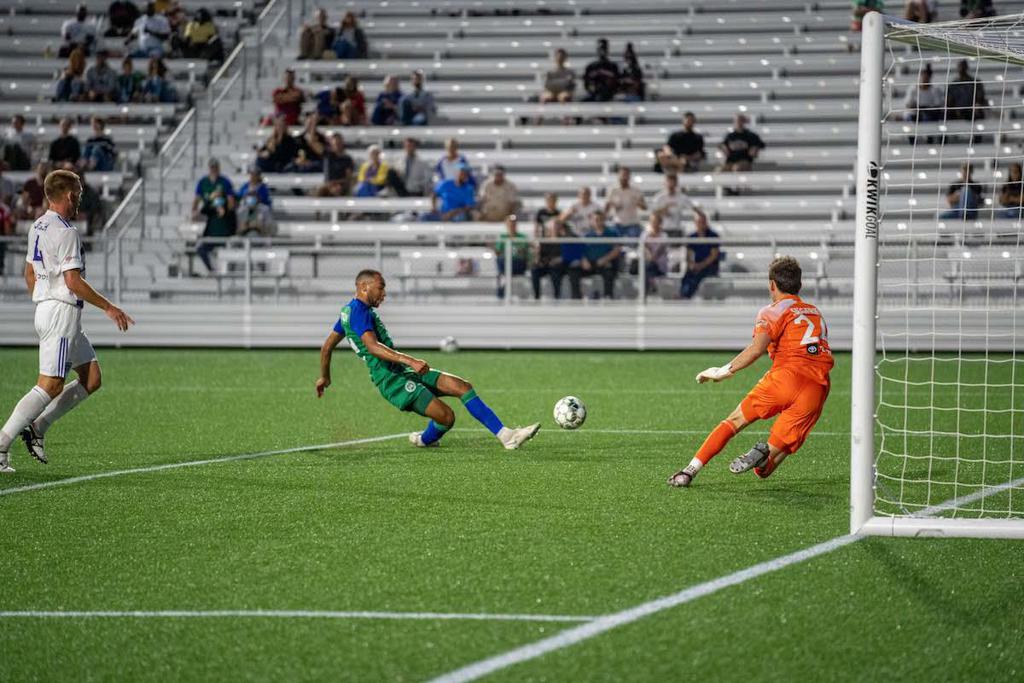 Louisville opened the match on the front foot. Midfielder Brian Ownby showed why he wears the number 10, maneuvering up the right sideline, battling Preston Tabort Etaka in the box and finding leading scorer Cameron Lancaster who slipped the ball through Goalkeeper Jeff Caldwell's legs for the opening goal. Hartford generated chances through the next twenty minutes, but Louisville found an opportunity to double their lead. Jorge Gonzalez chased down a long ball into the box wrestled with Thomas Janjigian to come away with the ball and beat Caldwell to the near post for the second goal of the night.

But Hartford had an answer in the form of Preston Tabort Etaka. Preston had dominated his matchup on the righthand side all evening and was determined to make a play. He pushed the ball up the pitch and deep into the box, crossed to Juan Carlos Obregón Jr. in front of the net who tapped home a goal to cut the lead in half. Obregón Jr. is now tied for the team lead with six goals on the season.

Thirteen minutes later, Hartford equalized, once again working up the right side. Tabort Etaka dropped a ball off for Younes Boudadi who delivered a beautiful cross to Derek Dodson at the far post. Dodson headed in the equalizer and Hartford headed into the half with momentum.

But in the second half, Louisville pulled away. In the 56th minute, off a set piece, Brian Ownby leapt over the Hartford defense and headed in the go-ahead goal. Three minutes later, Antoine Hoppenot put on a display with a beautiful curling ball out of the reach of a diving Caldwell which extended the lead back to two goals. Hartford searched for an answer, but were unable to find the tying goal.

Hartford is back in action on Saturday night with a huge match on the road against Charlotte Independence at 7 PM. Hartford is currently just one point back of Charlotte in the race for the final playoff spot in the Atlantic Division. You can see the match on WCTX MyTV9 or streaming at hartfordathletic.com/watch.