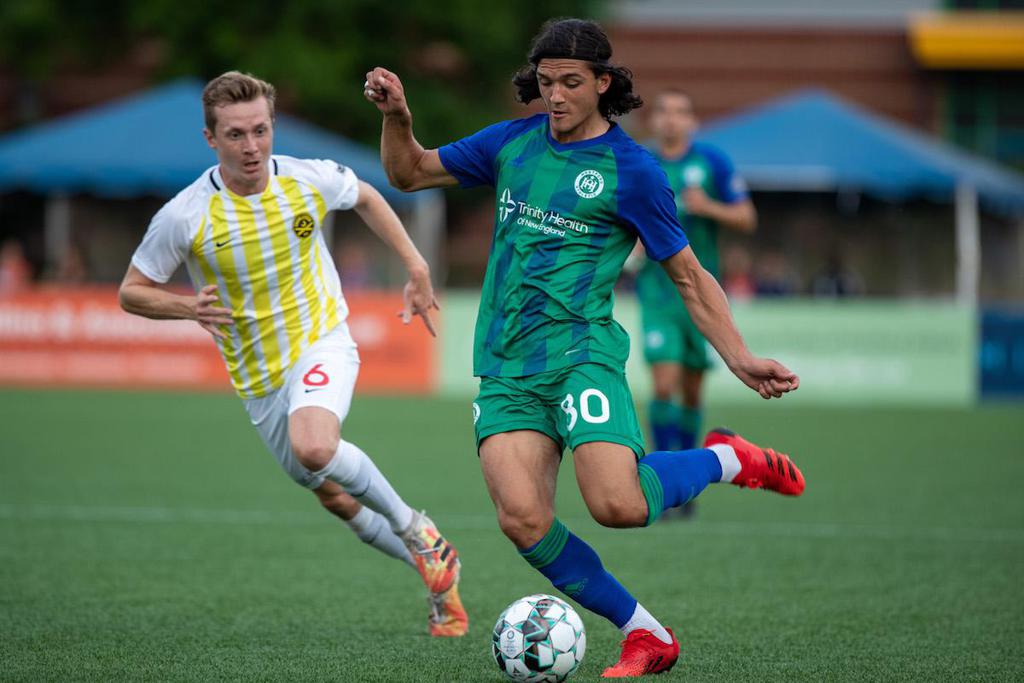 Hartford Athletic fell to New York Red Bulls II 2-0 on Saturday night. Despite generating 3 chances in the first ten minutes, Red Bulls II took an early lead thanks to Jake LaCava who powered a shot past goalkeeper Carlos Merancio. Hartford looked for an equalizer the rest of the evening but were unable to find one and RBII added a second goal in stoppage time to seal victory.

Despite inconsistency in play throughout the season, one thing has been clear: if Hartford get out on the front foot, it changes the game. Hartford have scored first in all 8 matches it’s won this this season and have a record of 6-1-0 in matches where they lead at halftime. With a big crowd expected at Dillon Stadium and a LouCity side coming in with a record of 0-2-1 in its last 3 matches, scoring early will be a big key for Hartford against the Central Division leaders.

On July 13, Hartford Athletic went to Atlantic Division leader Tampa Bay Rowdies and stole a 1-0 victory from the reigning Eastern Conference Champions. Since then, its been a different story with Athletic losing six consecutive matches away from home. Hartford has been outscored 15-4 in those matches and their overall road record has dropped to 4-7-0. Five of Athletic’s remaining eleven matches come on the road including matches at Charlotte Independene and Charleston Battery, both matches they’ll need results from in order to make the playoffs.

"I've got no choice, I've got to pick my warriors now. I've gotta pick the ones who are gonna fight for me." That's what Harry Watling said after Saturday's loss to New York Red Bulls II on Saturday night and he needs Preston to be one of those warriors. Preston had 3 opportunities to score in the first 10 minutes on Saturday but couldn't find the net. He is a total game changer and if he can improve his finishing in front of the net, it will change Hartford's fortunes in this game, and over the next two months.

Lancaster's talent is undeniable and the Forward has consistently been one of the league's top scorers. This year, he leads LouCity with 11 goals, good for fourth best in the entire USL Championship. Lancaster has burned Athletic before, coming on as a substitute for Nashville SC in Hartford's inaugural season in 2019 and striking a beautiful right-footed curler to the far post for the go ahead goal in a 3-2 loss for the home side. Lancaster will surely be a marked man in Hartford's attempt to shut down the main point of Louisville's attack.

Louisville City FC are the leaders in the Eastern Conference’s Central Divison, but come into Tuesday’s match on a two-match losing streak. On Friday night against FC Tulsa, LouCity gave up a goal in the 20th minute to go down one, and despite 19 shots on the evening, couldn’t find an equalizer. This will be the third ever meeting between Hartford and Louisville, with Louisville taking both meetings in 2019, a 3-1 win at home in the third ever match in HA history, and a 1-0 win on the road in the first night match at Dillon Stadium.