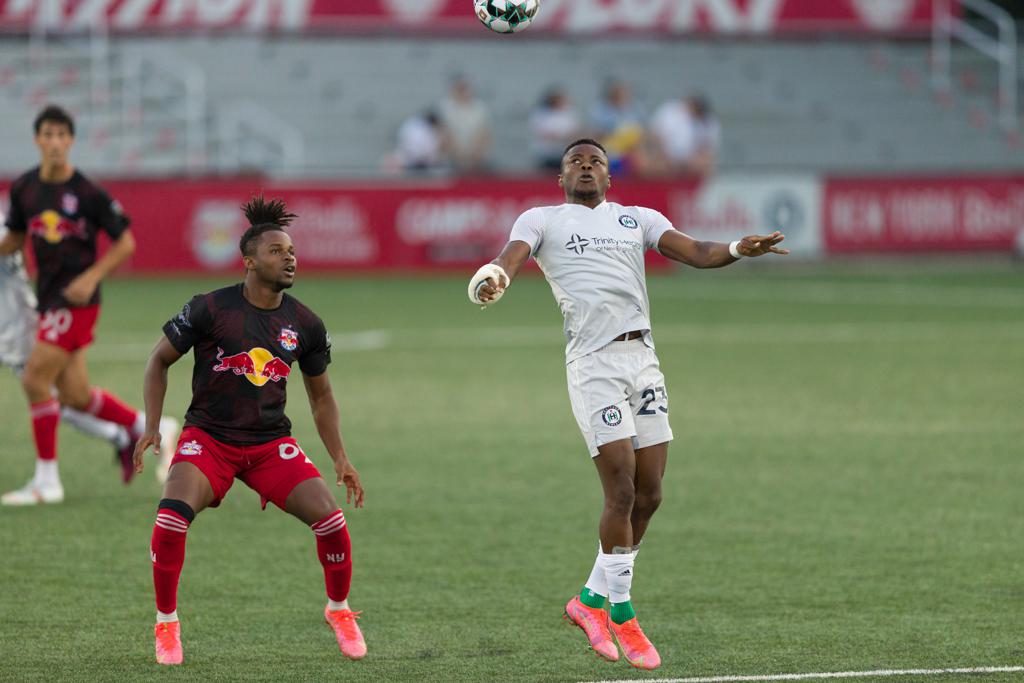 On a night filled with optimism that this Hartford squad would pick up its first road victory since a 1-0 victory at Tampa Bay on July 13th, the visitors came up empty, falling to New York Red Bulls II 2-0. It's the club's first loss to RBII since 2019.

Hartford opened the match with energy and excitement. In the first ten minutes, Arthur Rogers and Derek Dodson controlled play up the right hand side of the pitch. The two worked together to find Preston Tabort Etaka three times for chances inside the box, but with either his head or his feet, the Cameroonian forward was unable to find the back of the net. Moments later, Red Bulls II found their answer. Jake LaCava took a pass from Omar Sowe in stride and made his way up the pitch, into the box, and finished with a powerful left footed strike past the arms of a diving Carlos Merancio for the early lead. Merancio made his first start in goal for Hartford and made 4 saves in the opening stanza.

In the second half, Hartford failed to generate much in the way of an exciting chance. Alfonso Vazquez and Kenan Hot were brought on in the 55th minute to give the attack a different look but failed to make an immediate impact. In the 80th minute Bradford Jamieson IV came on and just second later had the visitors' best chance of the night. Arthur Rogers delivered a beautiful ball through to Jamieson who dribbled into the box and shot past an on-rushing keeper but his shot just missed and went into the side netting keeping RBII's sheet clean. In stoppage time, after a misplay by the back line, Serge Ngoma found himself all alone against Jeff Caldwell, who subbed in for an injured Merancio, and doubled the lead.

Hartford Athletic are back in action on Tuesday night at Dillon Stadium against Louisville City FC at 7 PM. The game will be broadcast nationally on ESPN2. Fans interested in purchasing tickets to the match, which will also be a Twisted Tea Tuesday and $2 beer night, can do so by visiting hartfordathletic.com/single.