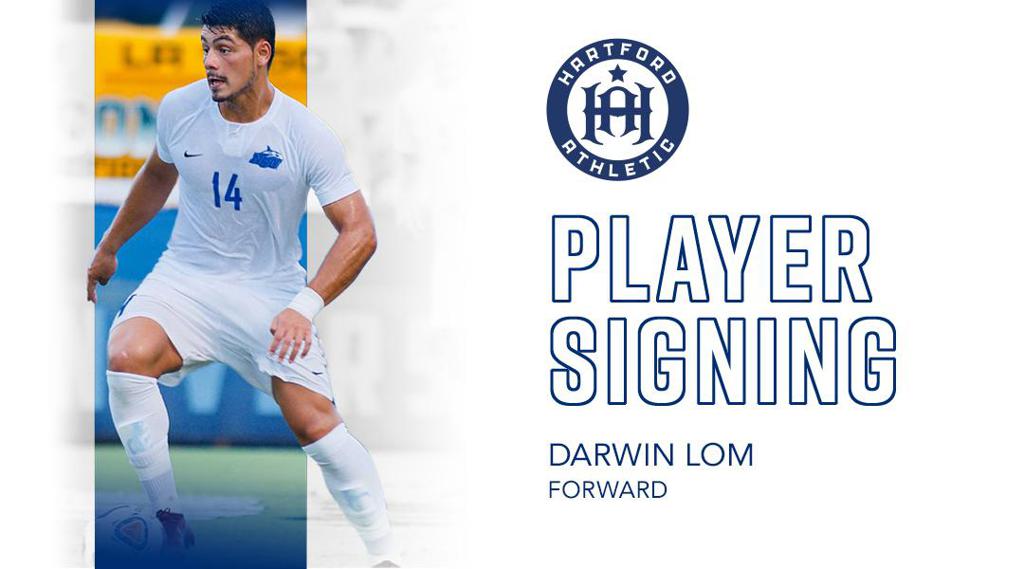 Hartford Athletic announced today that Forward Darwin Lom has been acquired via transfer from California United FC Strikers of the National Independent Soccer Association. Lom will be eligible for tonight’s match against Charleston Battery.

Lom, who is a Guatemalan International, has made 15 appearances for his national team. Lom earned 4 caps during the 2021-22 CONCACAF World Cup Qualifiers, scoring goals in wins over the British Virgin Islands and Saint Vincent and the Grenadines. He also made 3 appearances during the 2021 Gold Cup. On the Club level, Lom played 5 matches for California United FC Strikers in 2021, scoring 1 goal.

“Darwin is another exciting attacking signing for our club,” said Hartford Athletic Head Coach Harry Watling. “He will bring an infectious energy and enthusiasm into the locker room and on the pitch. Alongside that, we can expect lots of plays from him that will have our fans on the edge of their seats.”

Hartford Athletic are back at Dillon Stadium tonight against Charleston Battery at 7 PM. Visit www.hartfordathletic.com/single to purchase tickets.