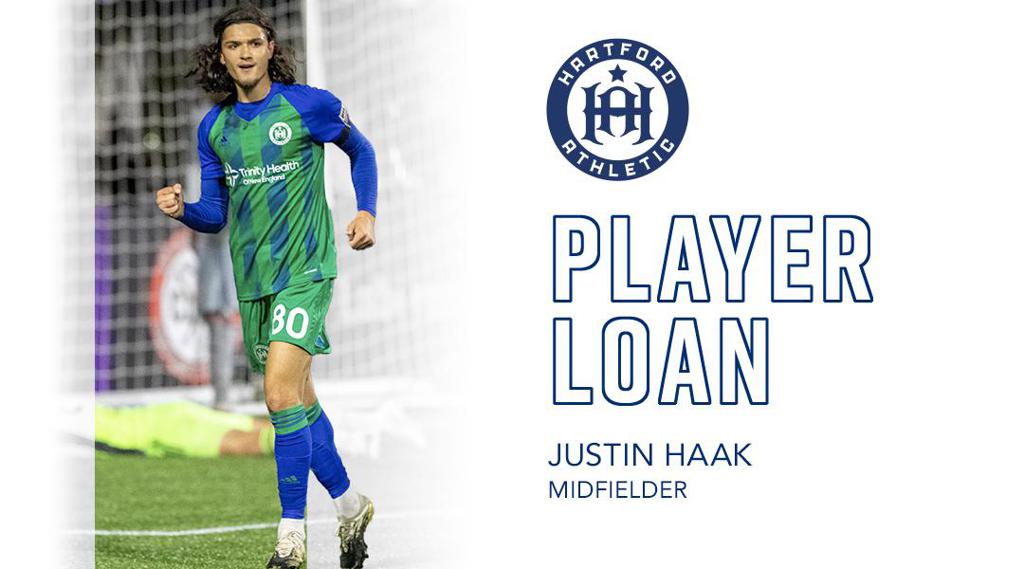 Hartford Athletic announced today that midfielder Justin Haak has rejoined the club on a season-long loan from MLS side NYCFC. Justin will be eligible for Hartford’s match against Charleston Battery on Tuesday, August 17th.

Justin made an immediate impact upon joining Hartford in 2020, starting in the midfield in the first match he was eligible. Throughout the course of the season, Justin started in all 8 matches he appeared, including Hartford’s playoff match against Saint Louis FC. He logged 675 minutes, completed 80.5% of his passes, and scored his first professional goal, a right-footed volley off a corner kick in a 3-1 victory over New York Red Bulls II. The 19-year-old midfielder, who is one of NYCFC’s first Homegrown Players to graduate from the academy into the first team squad, has yet to appear in a match in 2021.

"I’m delighted to welcome Justin back to our club,” said Hartford Athletic Head Coach Harry Watling. “He had an amazing impact last season and we are positive he will do the same this year in our push for the playoffs.”

Hartford Athletic are back at Dillon Stadium on Tuesday night against Charleston Battery at 7 PM. Visit www.hartfordathletic.com/single to purchase tickets.