PREVIEW: Athletic Travel to Pittsburgh for First of Three Matches in Eight Days 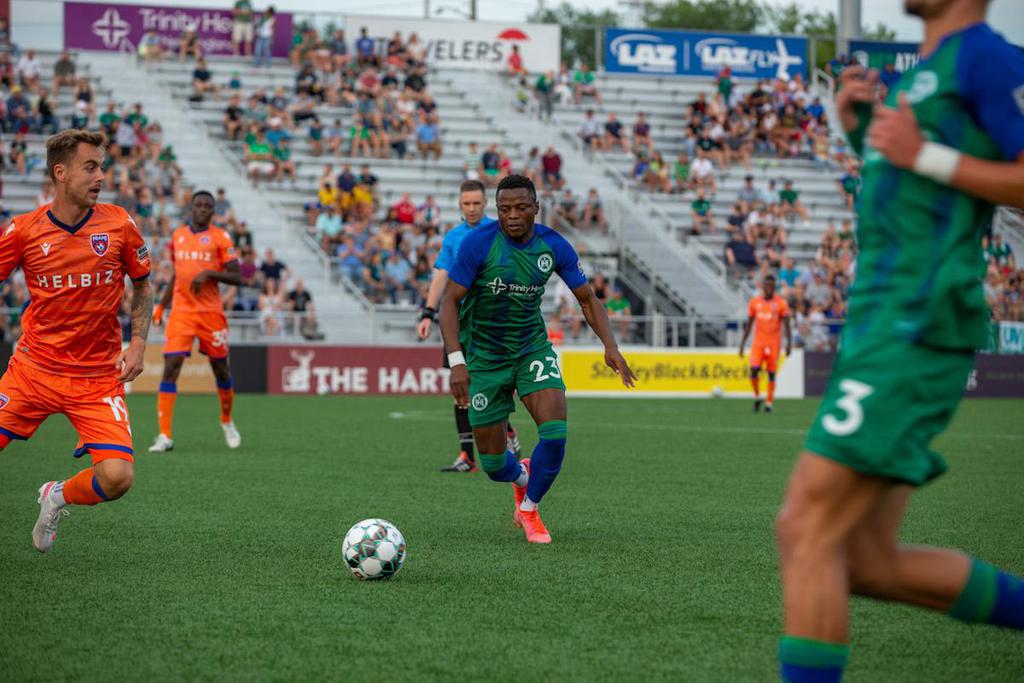 Alex Lara opened the scoring in the 30th minute off a brilliant back post-delivery from Danny. Conor McGlynn sealed the win with a composed long-range effort into the bottom left-hand corner of the net off yet another Danny Barrera assist. Despite half chances from Miami in the second half, a fantastic performance from Jeff Caldwell assured a huge 2-0 win at home. With this victory, Hartford overtake Miami in the table, leaving Athletic in 3rd place with a big run of games coming their way.

Against Miami, Barrera played the entire game, picked up 2 assists, created 6 chances, completed 100% of his dribbles, and had 10 ball recoveries. Despite shining on the stat sheet, simply quantifying his impact and influence on Hartford does not tell the full story. After Hartford’s match against Miami, Technical Director Luis Silva rated Barrera’s performance “as high as possible”, later stating “If we look for his presence on the field, his leadership was really important.” If Barrera continues to lead as he has been, there’s no doubt that Hartford can do something really special this season.

A MATCH OF MARGINS:

Lara is coming off a great performance against Miami, picking up his second career goal after finding some space in the box to finish a back-post delivery from Danny Barrera. He also put in 4 tackles and had 33 total passes. His inter play with the Athletic midfield and offense created many chances that led to goal scoring opportunities. Coming off a great performance that earned him a spot in the USL Championship’s Team of Week, Lara will be hungry to continue this form on the road against Pittsburgh.

Dixon has been on it this season, with 6 goal contributions in 15 matches. Alex’s last match against New York Red Bulls II saw him finish the match with a goal and an assist, earning him a man of the match award and a spot in the USL Championship’s Team of the Week. Dixon boasts versatility, primarily being used as a center forward, but also being used out wide as a winger and an outside midfielder. Pittsburgh will be keen on getting a result against Hartford, and surely, Dixon, who is the all-time leading scorer in Hartford Athletic history, will want to have a say in that.

Pittsburgh Riverhounds will host Hartford on Saturday and look to continue their tremendous form, which sees them sitting tied on points with league leaders Tampa, only being second on goal difference. Pittsburgh have won 6 of their last 8 matches, and are undefeated in their last 4. The Riverhounds are yet to score a goal from set pieces, however, of the 20 goals they’ve scored, 17 come directly from open play. Despite this, Pittsburgh rank 21st for shots on target per match. 6 of their 8 wins this season have been by one goal, which indicates that although they’ve gotten positive results, they are pragmatic in their approach and will look to make things difficult for Hartford.