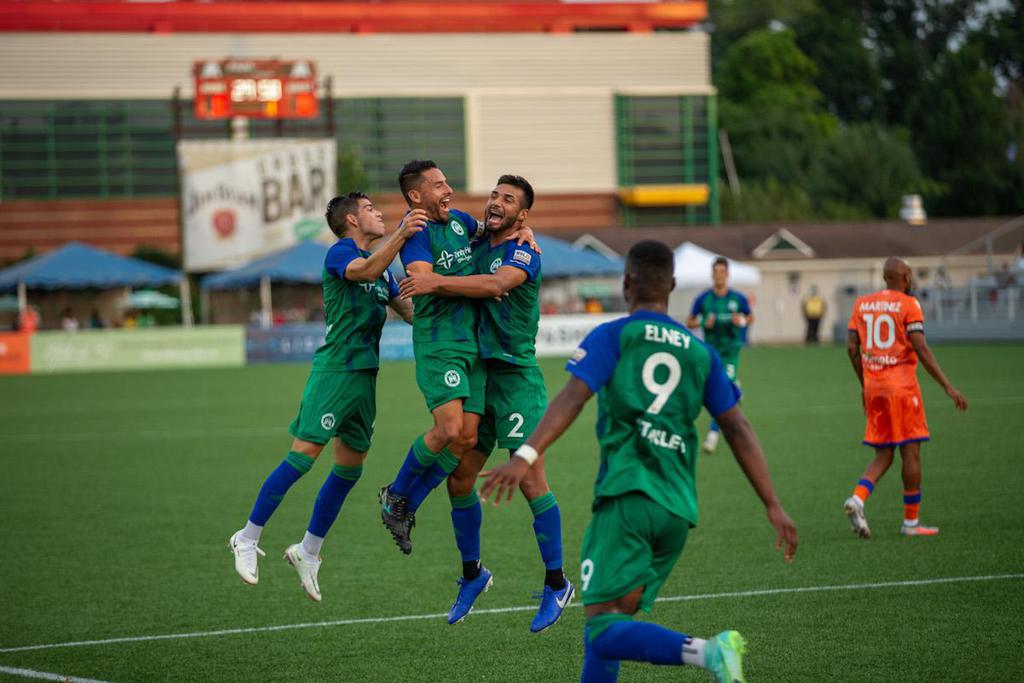 Alex Lara opened the scoring in the 30th minute and Connor McGlynn sealed the win with a composed long-range effort into the bottom left-hand corner of the net and pushed Hartford to a 2-0 victory over Miami FC. Despite half chances from Miami in the second half, a fantastic performance from Jeff Caldwell assured a huge 2-0 win at home. With the victory, Hartford overtake Miami in the table, leaving Athletic in 3rd place with a big run of games coming their way.

The opening 15 minutes of the match saw Hartford possess comfortably with 60% possession. Danny had a crack from distance, forcing the Miami keeper to make a save. Despite a large spell of possession from Athletic, there were minimal chances from both teams. This pattern of possession for Hartford would not continue throughout the match, as Miami ended the night with 59% possession. Despite this shift in control of the ball, Hartford was dynamic in their press, forcing the opposition into meaningless possession where they couldn’t really threaten Athletic. The breakthrough would come in the 30th minute, as a rebound off Barrera’s freekick would be delivered to the back post by Danny. Lara, with his second career goal, was in a great spot, waiting for the second ball inside the 6-yard box.

As the second half unfolded, Athletic was comfortable letting Miami dictate possession, forcing them into half chances and long-range efforts. Although Miami out possessed Hartford in the second half, the press from Athletic was superb. The midfield and offense were moving in unison, forcing turnovers in key areas of the field, and especially high up the pitch. None as important as the turnover by Barrera, resulting in a cheeky ball roll back to McGlynn, who calmly passed it into the bottom left corner. Jeff Caldwell, who is already coming off some stellar performances for Hartford, produced some big saves to keep Athletic up. In the 71st minute, a great free kick from Miami’s Ariel Martinez resulted in a fantastic save by Jeff, energizing the team to see the game out.

Luis Silva deserves big praise for today’s performance, as he was called upon to step into the head coach position due to Head Coach Harry Watling's absence. The team played with great energy, and as the game progressed, and the momentum shifted, Hartford looked calm with the ball, but with a level of urgency that allowed the boys to press well, win the ball in good areas, and thwart any Miami chances. To see the game out, Hartford switched from a back 4 to a back 5, a great tactical switch to sure up the back line and complete a professional display at home.

Athletic will head out on the road next Saturday, traveling to Highmark Stadium to face off against the Pittsburgh Riverhounds. You can catch the match on WCTX MyTV9, or stream at hartfordathletic.com/watch.