Betting on Himself: Tulu's Incredible Journey Across the World 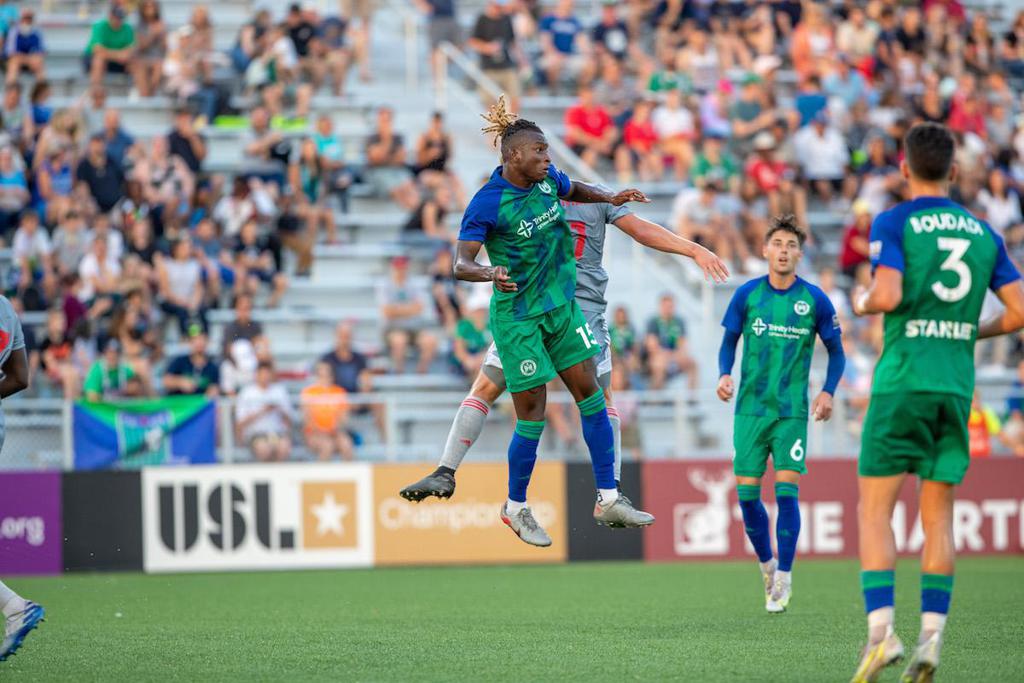 Every person has a story.  We all portray an image of ourselves to the public, but it’s impossible to know everything.  Defender Walid Yacoubou, also known as Tulu, is little known to fans off the pitch, but has an extraordinary life story that deserves its own stand alone feature for all to hear.

Born in Israel but living in Togo throughout the early years of his childhood, Tulu doesn’t remember much from when he was a kid.  He lived with his aunt and cousins in Lomé, the capital of Togo.  Tulu recalls school as being the number one priority and nothing soccer related other than kicking the ball around for fun with his friends.

At the age of 12, Tulu packed his bags and moved to Maryland.  He didn’t know what to expect coming to the US, but made known that the transition was challenging.  “I came to the US the summer before 8th grade and I couldn’t say one word in English”, Tulu, 24, said.  “When I went to school, I couldn’t understand anything at all.”

Living at an apartment complex in Adelphi, Maryland, Tulu played soccer with other kids around his age, but had no aspirations of playing competitively, let alone at the professional level.  “I never thought that I would take soccer serious one day and make it my life”, Tulu said.  “The thought of playing professionally never even crossed my mind for a second.”

School and communicating with others remained difficult as he learned to improve his English, but soccer was a quiet constant in Tulu’s life that always put a smile on his face.  It was the first time in his life that Tulu found a passion for something, and he was determined to build upon his underdeveloped skills.

Before the start of 9th grade, Tulu asked his way to play on a small local team in his town because he knew he wasn’t good enough to play for his school.  He ended up with the team through his junior year, and at that point still needed more work to earn a spot on any competitive team.  It wasn’t until his senior year that he felt ready to try out for his high school team.  To his surprise, Tulu made the cut, but even then was always on the bench, waiting for an opportunity to touch the field.

“Even when I made the team my senior year I never really played”, Tulu said.  “I had gotten better with the local team but still had a long way to go if I wanted to be good.”

In 2015, Tulu went on to attend and play soccer at Prince George’s Community College (PGCC) in Largo, Maryland for two years.  He became a standout player for the Owls in his sophomore season and his upside in the sport looked promising.  At the same time, school was becoming a lot of pressure and he struggled to pick a career path that he gravitated towards.  Still an inexperienced player with extremely raw skills, Tulu boldly pushed all of his chips to the middle, and was fully committed to focus his time and effort on becoming a better soccer player.

“I realized when I was at [PGCC] that there was nothing else I wanted to do then play soccer”, Tulu said.  “I didn’t know what I wanted to study in college and it became hard to balance playing [soccer] with the work from my classes.”

“After a couple of months at [NCWC], I said to myself, look, [school] is not for me, so let me chase this dream [of becoming a professional soccer player]”, Tulu said.  “So I left and traveled to the Czech Republic.  I didn’t know anybody there, but I was looking for an opportunity to play.”

He trained with semi-professional side HFK Třebíč for three months and made five appearances overall for the team.  Tulu enjoyed his time in the Czech Republic way more than going to college in the US, and his experience was very positive.  He developed a strong relationship with the coaching staff and felt proud that they believed he could elevate his game to a high level.

“That’s when I got my wake up call and started to believe that the path I chose was the right decision”, Tulu said.  “I was hungry to achieve more.”

Following a short stint playing semi professionally in Sweden, The Tulsa Roughnecks came calling, and Tulu signed his first professional contract.  He made just four appearances with the USL Championship side, however, and was disappointed with the way things ended up there.  “The coach didn’t really give me a fair chance, and I just didn’t have a good season in Tulsa," Tulu said.  “I thought [soccer in the US] wasn’t for me, so I tried going to Europe again.”

Off to Portugal he went, where he played for Sporting Clube Ideal for six months before COVID-19 put the world on lockdown.  Tulu fortunately was able to return to the US during the pandemic and weighed his options once leagues resumed play.

“I was looking again for a USL [Championship] opportunity”, Tulu said.  “I emailed a lot of the coaches but none of them responded.  I had my agent email Luis [Silva], and he said Hartford would give me a chance.”

It would be the breakthrough Tulu has desperately been looking for; a journey that has spanned thousands of miles and years of experience, dedication, and growth in the sport.

Known for his aggressive style of play in the back and scoring presence on the team’s set piece opportunities, Tulu is a true fan favorite to the green and blue faithful.  He is a lock in the starting lineup every time Hartford Athletic steps on the pitch and has been a vital contributor to the team’s fast start.

“Everybody has a different type of hunger and we all want to succeed”, Tulu said.  “Harry [Watling] is a great coach and the messages that he puts through our minds fire us up to want to be great.”

From not even making his high school soccer team until he was 17 to becoming a stalwart professional on a USL Championship playoff caliber team by the age of 24, there is no limit to what Tulu is capable of achieving next in his future.

“I want to continue to do great for Hartford [Athletic]”, Tulu said.  “Looking ahead, my main goal as a professional soccer player is to play at the highest levels possible, make a name for myself, and go far in my career.”