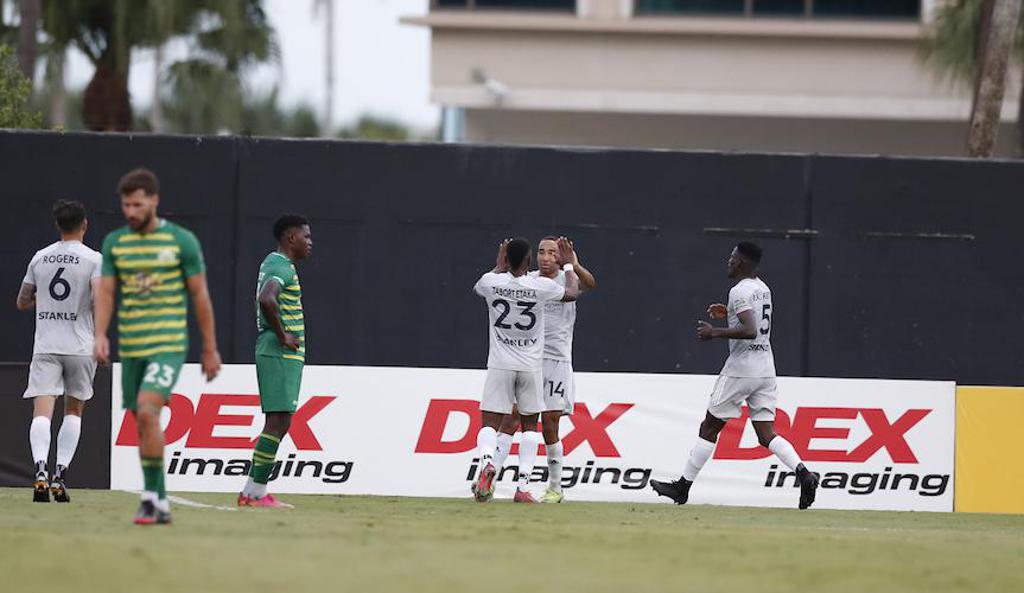 It is a well-known saying that managers make their money based on their substitutions, and Tuesday’s match against the Rowdies was yet another example of how Harry Watling is doing just that. The gaffer made some absolutely vital changes in the second half to keep Hartford fresh and battling. Conor McGlynn and Alex Lara were particularly impressive changes, with a number of key tackles and blocks from the pair contributing to Hartford’s win in Florida. On the other side of the ball, Athletic have scored 8 goals off the bench in 10 matches, demonstrating how Watling is not afraid to look to his bench to make the difference in a match.

GOLDEN START AT THE GOLD CUP:

Possibly the surprise package of the CONCACAF Gold Cup thus far, Walmer Martinez and the El Salvador national team have made a fantastic start to the tournament, sitting top of a group that includes Mexico and Trinidad and Tobago, after two matches. Martinez has been a crucial part of that success, contributing a goal and an assist from the bench. Well in, Walmer!

FROM THE GAFFER (AND THE SKIPPER):

Was it ever in doubt? Athletic’s new signing has hit the ground running, with two goals in his last two matches. Derek’s full skillset was on display against the Rowdies; in addition to scoring the winner, Derek had 3 shots, created 2 chances, and completed 50 percent of his tackles. A stern test for Dodson and the Hartford attack awaits in Charleston, as they have conceded the joint-third fewest goals in the division.

If Charleston are to win the match, they’ll look to their 27-year-old maestro, Zeiko Lewis. Athletic faithful will be wary of Lewis, who has scored in our past two meetings with Charleston. With 2 goals and 2 assists through 7 matches, Lewis has been used in a variety of different positions for the Battery, ranging from center-forward to right-sided midfield. Lewis’ versatility and attacking threat will be a worry for Athletic, as Lewis has created 14 chances in the 7 appearances that he has made this season.

Athletic last visited Charleston when the Battery were still playing at MUSC Health Stadium, before the hosts made their move to the newly constructed Patriots Point Stadium. While Charleston’s form this season has been modest, their home form has been solid, as they have two wins, two draws, and one defeat. In their last match, Charleston fell 2-1 to Western Mountain Division side, New Mexico United. The hosts will also be without Burke Fahling, after the midfielder was shown a straight red.