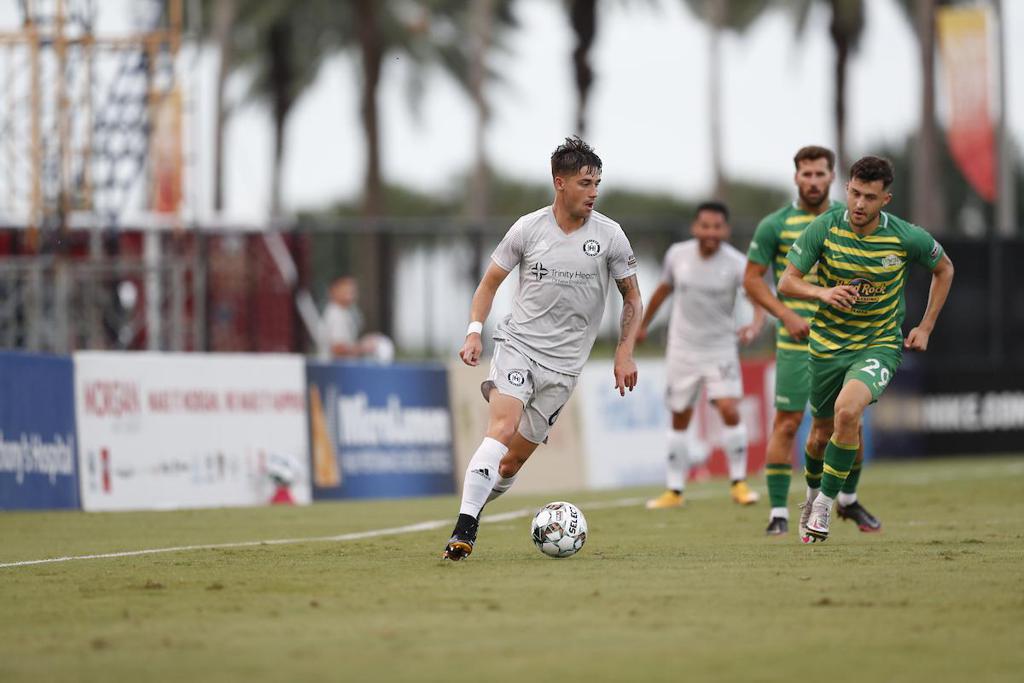 The opening few minutes of the match were a telling sign of how proceedings would go, as Boudadi did just enough defensively to throw off Sebastian Guenzatti, who skied Dayonn Harris’ low cross from just a few yards out. Hartford had a chance of their own just a few minutes later, as Christian Gómez made the first of many wonderful, forward passes to set up Dodson. His cross found Sebastian Elney, whose shot was well-saved by Evan Louro.

After back-to-back chances for the hosts, including a Guenzatti strike which struck the base of the post, Athletic found the breakthrough courtesy of Dodson. Rogers played a wonderful ball over the top for Preston Tabort Etaka. After a few touches on the left-hand side, Preston’s stunning cross found the onrushing Dodson, who leapt highest to head home his second goal in two matches. The end of the first half set the tone for how much of the game would pan out, as Athletic called upon the goalkeeper Caldwell to make a string of brilliant saves to deny the Rowdies, including a point-blank reflex save from Guenzatti’s headed effort.

Harry Watling deserves a huge amount of credit for his shrewd substitutions in the second half. Knowing that the match was becoming a cagey affair, the introductions of Conor McGlynn and Alex Lara would be crucial in sealing the three points for Hartford. As the match wore on, the Rowdies threw everything at Caldwell’s goal; however, he and the Athletic defense were equal to it, as Tulu, Lara, and Janjigian all produced moments of sheer class to preserve the clean sheet, and seal Athletic’s first win at Al Lang Stadium.

Athletic will look to continue their good form on this road trip on Saturday, as they will visit Patriot Point Stadium to face off against Charleston Battery. You can catch the match on WCTX MyTV9 or stream at hartfordathletic.com/watch.