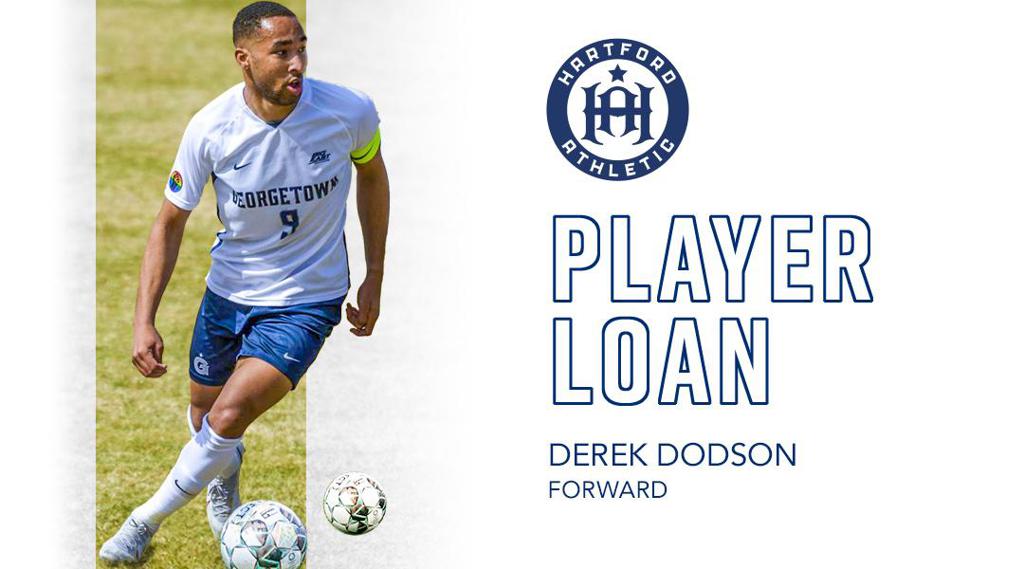 Taken by Orlando with the eighth overall pick in the 2021 MLS SuperDraft, Dodson made his name known with Georgetown University, scoring 32 goals in 72 appearances, including a goal in Georgetown’s run to the 2019 NCAA National Championship title. Derek is no stranger to individual awards as well, being a three-year First Team Big East selection, as well as the 2017 Big East Freshman of the Year.

"We are excited to bring Derek as a part of the family. It is a huge sign of respect from Orlando City to trust us with his development via a loan," said Hartford Athletic Head Coach Harry Watling. " Derek is an exciting player who will bolster our attacking talent and bring goals to the team."

Originally from Aurora, Illinois, the former Georgetown captain has multiple traits that will help Athletic in front of goal. During his time in Washington DC, Derek’s positional awareness and composure in front of goal were just two of his most impressive traits. Dodson’s goal-scoring prowess will further bolster the most talented forward line in Hartford Athletic history who will be without Juan Carlos Obregón Jr. and Walmer Martinez as they compete with their national teams in the Olympics and Gold Cup respectively.