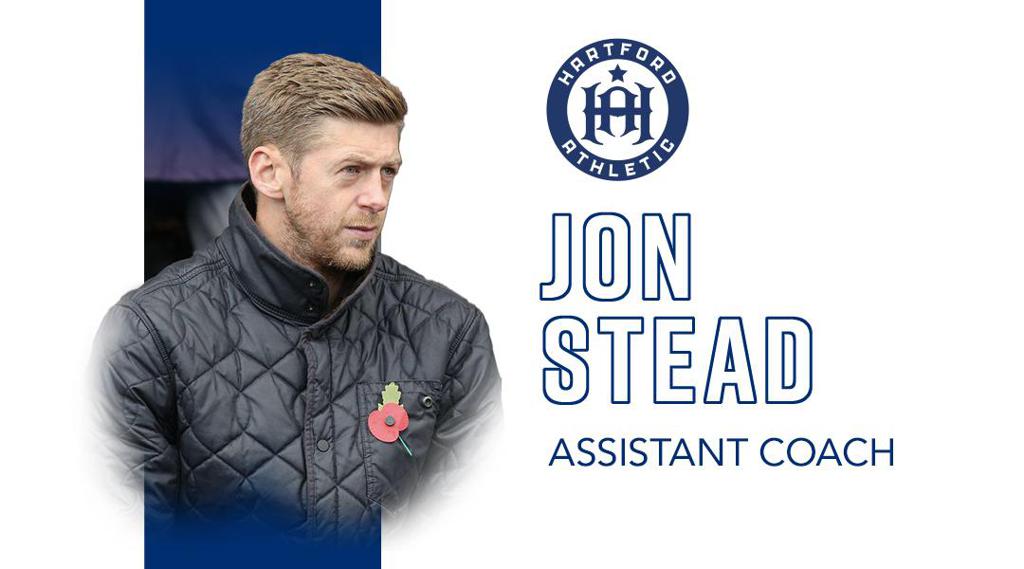 A seasoned forward, Huddersfield native Stead amassed over 165 goals in more than 700 first-team appearances. Stead’s playing career included spells in the Premier League with Sunderland, Sheffield United, and, most notably, Blackburn Rovers, where his winning goals in crucial matches with Fulham, Everton, and Manchester United helped Blackburn avoid relegation from the Premier League.

“The opportunity to become Assistant Coach at Hartford Athletic and continue my coaching development is incredibly exciting for me,” said Stead. “After speaking with [Head Coach] Harry Watling, as well as [Technical Director] Luiz Silva, Paul Buckle, and Bruce Mandell, it became very clear that this would be a perfect fit for us all. My time will be dedicated to assisting Harry, the players, and the club as we continue the strong start to the season.”

"As a manager, I like to strike while the iron is hot. We have recruited an excellent professional who has a wonderful playing career in the Premier League and the lower levels of England,” said Watling. “Jon will bring an expertise to our forward line and add value to our goal scoring players and our match winners. We are delighted to have Jon on board.”

Jon will join Coach Watling on the bench this weekend against Charlotte Independence in a battle of the second and third place teams in the Atlantic Division. Luiz Silva who had been previously serving as Assistant Coach will move full time into his role as Technical Director. Hartford holds second place in the division and is the lone undefeated team remaining in the Eastern Conference.