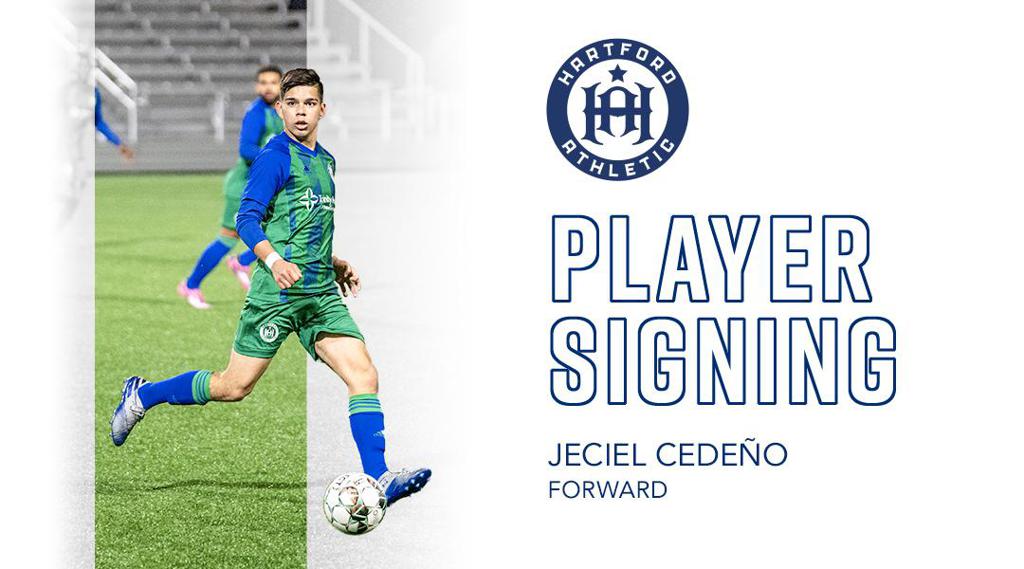 Cedeño made an impression on the coaching staff thanks to his preseason performance. He scored twice in a friendly against Newtown Pride FC and added a third preseason goal in a 3-0 win over the University of Hartford in the preseason finale. Prior to joining Hartford Athletic, Cedeño played in the New York Red Bulls Academy and appeared in two matches for NYRBII during the 2019 season.

"Jeciel is another young, exciting addition to our roster,” said Hartford Athletic Head Coach Harry Watling. “After scoring three excellent goals in the preseason, Jeciel has impressed immensely with his skill and inventive play. It’s yet more magic in the top half of the pitch to add to our roster.”

After an undefeated start to the season, Hartford Athletic returns home on Saturday, May 29th for a match against Real Monarchs. For fans interested in Season Tickets, 6-game Flex Plans, or Single Game tickets, please visit www.hartfordathletic.com/tickets.