RECAP: Hartford Blanks Miami 1-0 for Second Win of the Season 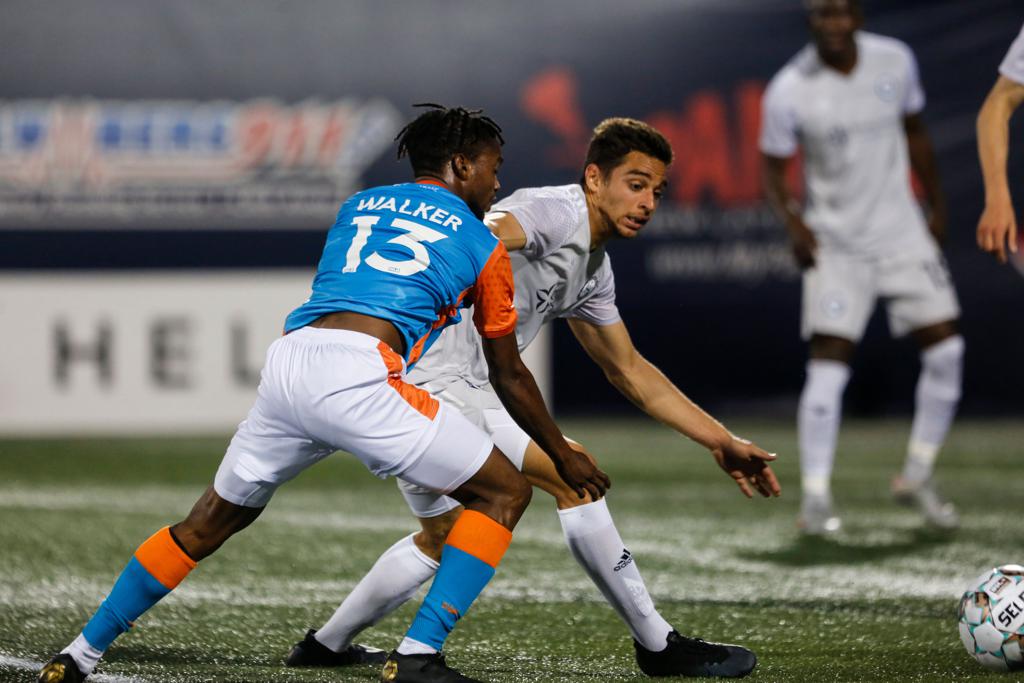 On the road for two consecutive matches to start the year, Hartford Athletic has come away victorious twice, defeating Miami FC tonight 1-0 in a physical battle in the Magic City.

The two sides played a very intense but even first half. Hartford won the possession battle 54%-46%, but Miami held the edge in shots (5-4) and shots on target (3-1). Hartford had a great chance early when Conor McGlynn stepped up to take a free kick. The midfielder, who has made plenty of magic happen with his right foot in preseason friendlies this year, snuck a powerful right-footed strike through the wall but right at the gloves of Miami goalkeeper Connor Sparrow who punched the ball away. Miami nearly put themselves ahead moments later when Christian François found his way into the box, one-on-one with Tulu, but his shot went right into Jeff Caldwell's gloves.

At the start of the second half, Preston Tabort Etaka was brought on as a substitute for Bradford Jamieson IV. He wasted no time making an impact. In the 59th minute, Conor McGlynn played a ball deep up the right side that Danny Barrera was able to chase down just before the ball went out of bounds. Barrera played a sneaky back heel pass to Tabort Etaka who cut inside and smashed the ball far post, into the upper corner for the only goal of the night!

"I felt like Preston dominated that one-v-one throughout the game," said Hartford Athletic Head Coach Harry Watling. "He was fantastic. He's given me 90 minutes in 45 minutes. He's done a phenomenal job, he's covered so much ground, he's won his duels, if we can help him with his end product, he's gonna be a real handful."

The doors to Dillon Stadium reopen next Saturday, May 15th at 7 PM, as the Boys in Green host Pittsburgh Riverhounds SC in the 2021 USL Championship Home Opener. Last season, Hartford and Pittsburgh battled at the top of the Group F table, with a 1-0 Hartford win at Highmark Stadium making the difference in the standings. Limited tickets remain, head over to hartfordathletic.com/tickets to buy yours now.