What to expect from Harry Watling and Hartford Athletic in 2021 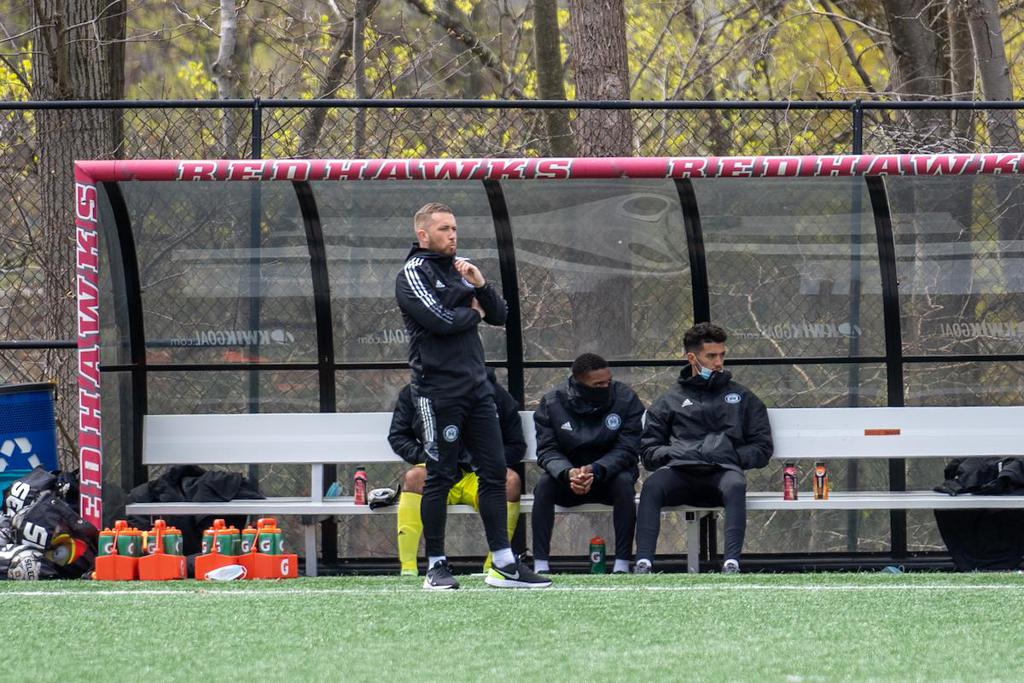 In the abstract, when first-year Hartford Athletic head coach Harry Watling talks about formations and tactics, it sounds like he’s describing economic theory.

Think of it as the invisible hand of soccer strategy. Players with the freedom to take the ball in “uncomfortable areas,” while also equipped with the tools “to make the best decision that the game tells them to make” across myriad situations that ultimately benefit the team.

Watling, a 31-year-old Englishman officially hired in January as Hartford’s third coach in as many seasons, said that every player wants their coach to make them better, whether they’re competing in the USL Championship or the UEFA Champions League. Correspondingly, Watling added that a team must play systems that maximize their players, fitting “square pegs in square holes.”

They’re looking to build upon an 11-3-2 record (35 points) during the pandemic-shortened 2020 season, which helped Hartford finish atop Group F and make their first-ever USL Championship playoff appearance. Some adjustments remain – they’re drawn into the Atlantic Division, to help reduce travel – as part of a 32-game regular season that’ll translate into 16 teams making the playoffs and the second-division crown being decided in a Nov. 28 final.

“You’re asking these guys to come on this journey with you,” Watling said. “We’re going to lose a game of football. We’re going to concede a goal. It’s going to happen. The trick is to keep the guys with you during those moments of trauma, and being a good leader is about selling that idea that you’re going to make them better. And they want to come with you because they want to improve.”

Watling is a departure from the club’s two previous coaches, Jimmy Nielsen and Radhi Jaidi, who had extensive professional playing experience before they embarked on their coaching careers. Watling earned his UEFA B license at age 18 and his A license at 26. He’s worked in the academy systems of Chelsea, West Ham United and Millwall under managers such as Jose Mourinho and Carlo Ancelotti. He cites Pep Guardiola and Brendan Rodgers as additional influences. Rodgers is aptly analogous, as he didn’t have an extensive playing career before entering the coaching ranks.

Before Hartford announced his appointment, Watling was working behind the scenes for eight weeks. All players in the current squad, both returning and new, have been personally selected by him following an analysis of their playing ability and character to fit into an aggressive, attacking style of play that’s more akin to Guardiola and Rodgers than Mourinho and Ancelotti.

When Watling first spoke with team captain Danny Barrera after he was hired, he told the midfielder that getting him the ball in the attacking half with creative freedom would prove pivotal.

Barrera, who signed with Hartford midway through its maiden campaign in 2019, added that Watling has a clear vision on how he wants Hartford to play but “gives us a lot of ideas on how to do it.” Barrera said he feels empowered and free to try something in the moment.

“I think he definitely gives everyone the confidence that he brought you here for a reason,” the 31-year-old said. “He’ll tell you what your strengths and your weaknesses are and what he expects from you. He also wants you to express yourself, which is great. Whether it’s dribble, pass, take on [defenders], you’ve got to do what your gut tells you to.”

“It’s an exciting new challenge,” Caldwell said. “Coach Watling is committed to his principles and he understands the game. He understands that there are going to be moments where it might not look pretty.

“Look at the best in the world, Manuel Neuer, who basically invented the role. There are moments where it doesn’t look great. But what people I think sometimes lose sight of is that there are dozens and dozens of moments that we don’t remember because the job was done perfectly. So knowing that he’s committed to [playing a high line], and we’re going to have the bravery to play that way, personally, it’s really exciting.”

Watling said he’s “not naïve to the fact” that he’ll be learning on the job, which is his initial first-team opportunity. He feels that chairman Bruce Mandell has provided a strong support system and connects with technical advisor Paul Buckle, who has managed hundreds of matches in both England and the USL Championship, several times per week.

“[Buckle’s] always positive, his feedback to me is clean and clear, and for me, one of my favorite sayings is feedback is the food of champions,” Watling said. “I welcome the feedback because I want to get better.”

The feedback is a two-way street. While Watling is in charge, Barrera said there is an “open-door policy to go in and communicate with him.” The players’ ideas, big and small, matter to Watling.

Watling can also elicit feedback from his wife, Ciara Watling, who plays for the Northern Ireland women’s national team and Charlton Athletic in the English FA Women’s Championship. When it comes to understanding how players buy into what Watling is ultimately selling stylistically and tactically, Ciara offers the honesty of a player’s perspective, which is a “hidden advantage.”

“I will ask her opinion on potentially a pre-match presentation that I might be looking to theme in a certain way, an individual chat that I want to have with a player that might play in a similar position to her,” Watling said. “She’s brilliant.”

The end result? A young, unproven first-team manager who’s eager to reward Hartford Athletic for trusting him with the club’s near-term – and potentially long-term – future in the USL Championship.