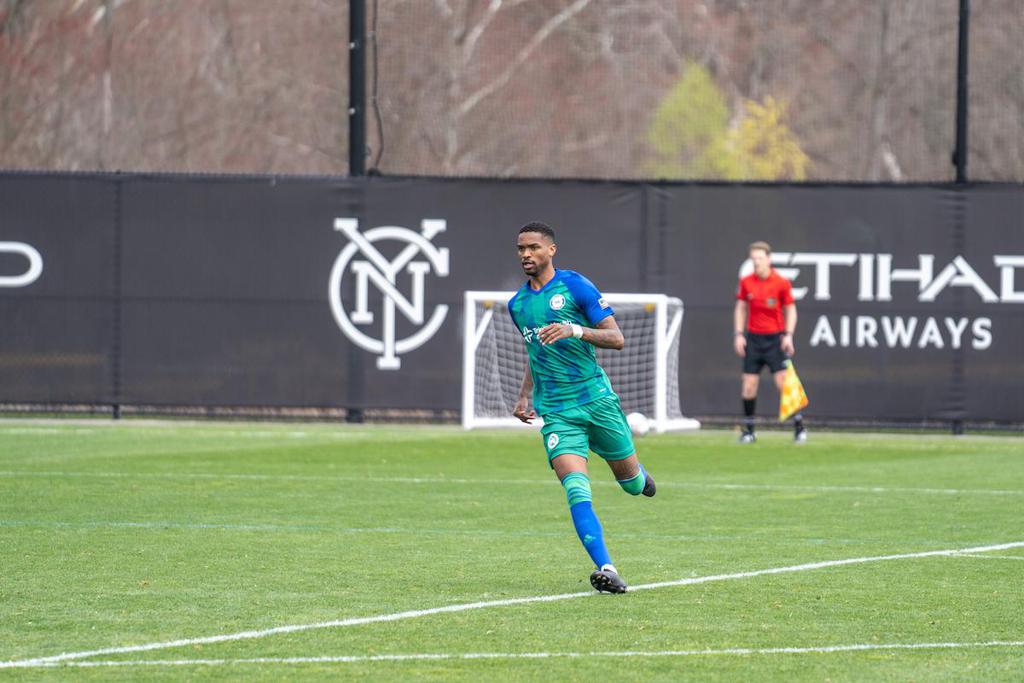 Few would call Bradford Jamieson IV, at age 24, a veteran.

But the forward is approaching that territory on a young Hartford Athletic team, arriving at the USL Championship club seven years after signing a Homegrown Player deal with the LA Galaxy.

Jamieson IV turned pro ahead of the 2014 MLS campaign and counts a season in Denmark and scoring at the 2015 FIFA U-20 World Cup in New Zealand among his résumé bullet points. Across time with LA Galaxy II and San Antonio FC, he’s already played nearly 80 games in America’s second division.

Seeking a new opportunity, conversations between Jamieson IV and Hartford Athletic began this past January. The forward discovered a natural rapport with first-year head coach Harry Watling and technical director Luiz Silva, joining the Connecticut-based side for its third professional season.

“One of the things I’ve learned the most in football is handling adversity from the language barrier to the culture shock to the different style of football to the changing of coaching staff. It really challenged me.”

Most of all, Jamieson IV’s time in Denmark caused him to depart his comfort zone. Aside from participating in U.S. Soccer’s now-defunct residency program in Florida, his soccer upbringing revolved around southern California. He was part of Chivas USA’s academy before that MLS club folded, then jetted for LA and bypassed a commitment to the University of California, Berkeley.

While with the Galaxy for six seasons, Jamieson IV notched four goals and two assists in 42 MLS games. He mostly played under Bruce Arena and Curt Onalfo (Ridgefield, Conn.), who are respectively now the New England Revolution’s head coach/sporting director and technical director.

Jamieson IV especially reflects on 2014, which concluded with LA beating the Revolution 2-1 in extratime to lift MLS Cup. That Galaxy team had U.S. men’s national team legend Landon Donovan at wide midfield, while other mainstays were center back Omar Gonzalez and forward Gyasi Zardes — two veterans still in MLS. Their other star was Robbie Keane, the all-time caps and goals leader for the Republic of Ireland men’s national team.

Jamieson IV was like a sponge as the year unfolded, but he also felt things become stale. In hindsight, he perhaps had too much security and an easy-going mentality.

“It all kind of happened at once,” Jamieson IV said. “It wasn’t gradual, because I was enjoying myself so much and then it felt like I was stagnating. Maybe it was through injuries or the fact I was at home. You get to a point where you want to taste something different and you want to have more of a challenge and you want to have something that’s not harder, but adversity can be a good thing.

“I could be a new guy in a new country and you can start from scratch almost. People don’t know who you are, people don’t know what you have inside. It’s a whole new drive, a whole new group of people you’re proving yourself to. That really brings out the most in you and if you learn from it, you might return to where you want to be. If I felt like I couldn’t do it anywhere else, I would’ve gone back to LA and tried to make it work there.

“But I never regret going out and trying something new. That’s one of the most special things about being a footballer, you can move around all the time and try out different places and styles of football and meet so many different people.”

Now, Jamieson IV feels Hartford will keep his fire and passion going. It comes with a greater leadership burden, too, as the Blue and Green look to build upon a 2020 season that included their first USL Championship playoff appearance.

“The pressure, the trust and the weight is something that I wanted at this place in my career,” Jamieson IV said. “Playing with all these big names throughout my career, I haven’t really had that before. Now to get that responsibility and weight on your shoulders, I look at it as something that I’m lucky to have, that’s a treat to have rather than something to run away from.”

As Hartford navigates the upcoming campaign, Jamieson IV has reunited with former U.S. youth national team teammate Jeff Caldwell. A backup goalkeeper at the 2015 FIFA U-20 World Cup, Caldwell spent last year with the Revolution before entering another USL Championship test. At that youth World Cup, Jamieson IV scored in a Group A match against New Zealand and helped the Tab Ramos-led group make the quarterfinals before they fell against Serbia on penalty kicks.

Now, focus shifts toward how productive Jamieson IV can be for Hartford. He could develop an understanding with midfield playmaker Danny Barrera, the club’s 31-year-old captain, with their collective pro experience totaling nearly two decades.

“I’m 24 now and as I continue to grow as a footballer, having responsibility is something I want to keep in my front pocket at all times,” Jamieson IV said. “It’s a great test and for the first time in my career, I’ll have more of it. It’s something I want to sink my teeth into, just running head forward into it all. I can’t wait.”