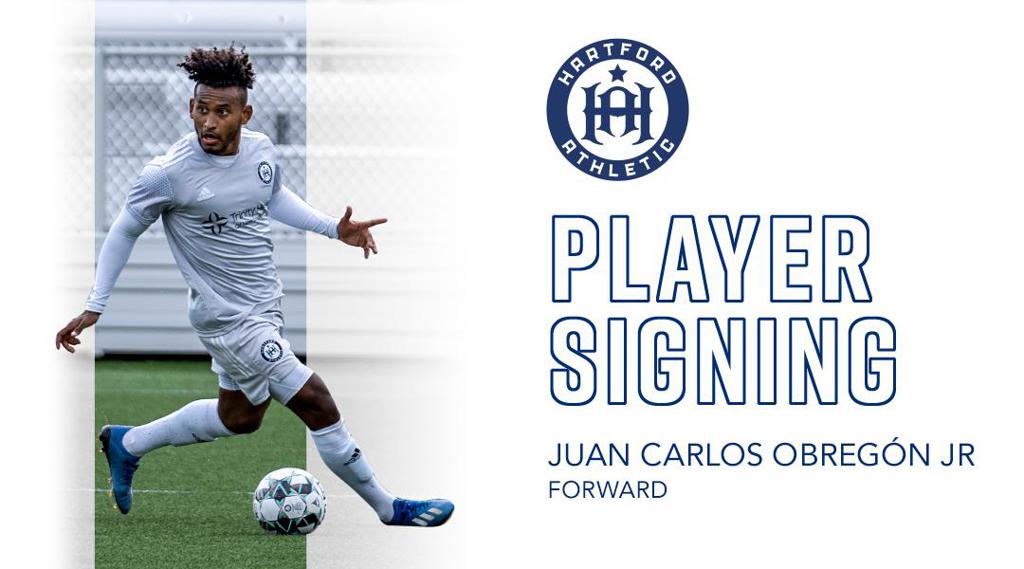 Obregón Jr. is most famous for scoring the opening goal in Honduras’s 2-1 victory over Team USA in March. The loss ended Team USA's bid to qualify for the 2021 Olympic games. Honduras will compete in the Olympics this summer and Juan Carlos is eligible to participate. Obregón Jr. played two years collegiately at Siena where he was teammates with Hartford Athletic midfielder Connor McGlynn. He signed with LigaMX side Necaxa in 2017 and two years later signed with USL Championship side Rio Grande Valley FC Toros where he scored 4 goals and had 1 assist over two seasons.

“After scoring the opener in the Olympic qualifiers for Honduras vs the USA, there was a number of clubs clamoring for the signature of JC. Due to the individual development plans the club provides, JC chose us!” said Hartford Athletic Head Coach Harry Watling. “Electric behind the backline and deadly in front of goal, we have another goal scorer in the ranks in Green and Blue!”

Hartford Athletic kicks off its 2021 campaign on Friday, April 30, against New York Red Bulls II. The club will play a friendly match on Tuesday May 4th against New England Revolution II before its USL Championship Home Opener against Pittsburgh Riverhounds SC on May 15th. For fans interested in Season Tickets, 6-game Flex Plans, or Single Game tickets, please visit www.hartfordathletic.com/tickets.