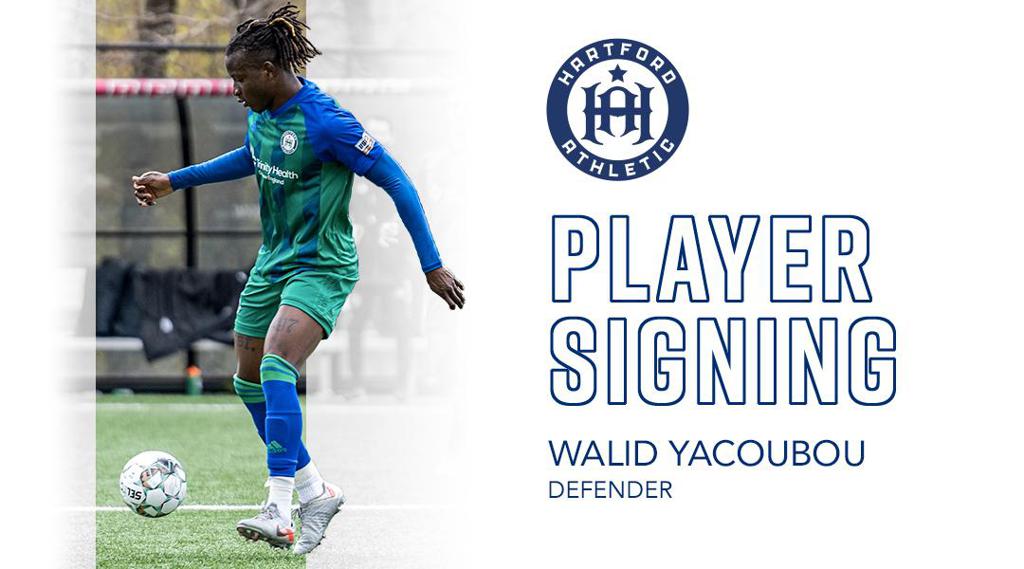 Yacoubou comes to Hartford with USL Championship experience, playing for Tulsa Roughnecks in 2019. After one season in Tulsa, he took his talents overseas signing for Portuguese Club SC Ideal. Yacoubou, who has bounced back and forth between Europe and the USA, first came to the states from Israel as a teenager. He played at Prince George’s Community College before transferring to North Carolina Wesleyan College. He spent time in the USL PDL with North Carolina FC U23s and had stints with clubs in the Czech Republic and Sweden before signing for Tulsa.

“Walid has come in and shown his presence. A rock at the back, he provides us with more defensive steel and aggression,” said Hartford Athletic Head Coach Harry Watling. “Having played in the USL Championship and in Europe, it’s another great piece of business by the club to acquire another player with huge potential.”

Hartford Athletic kicks off its 2021 campaign on Friday, April 30, against New York Red Bulls II. The club will play a friendly match on Tuesday May 4th against New England Revolution II before its USL Championship Home Opener against Pittsburgh Riverhounds SC on May 15th. For fans interested in Season Tickets, 6-game Flex Plans, or Single Game tickets, please visit www.hartfordathletic.com/tickets.