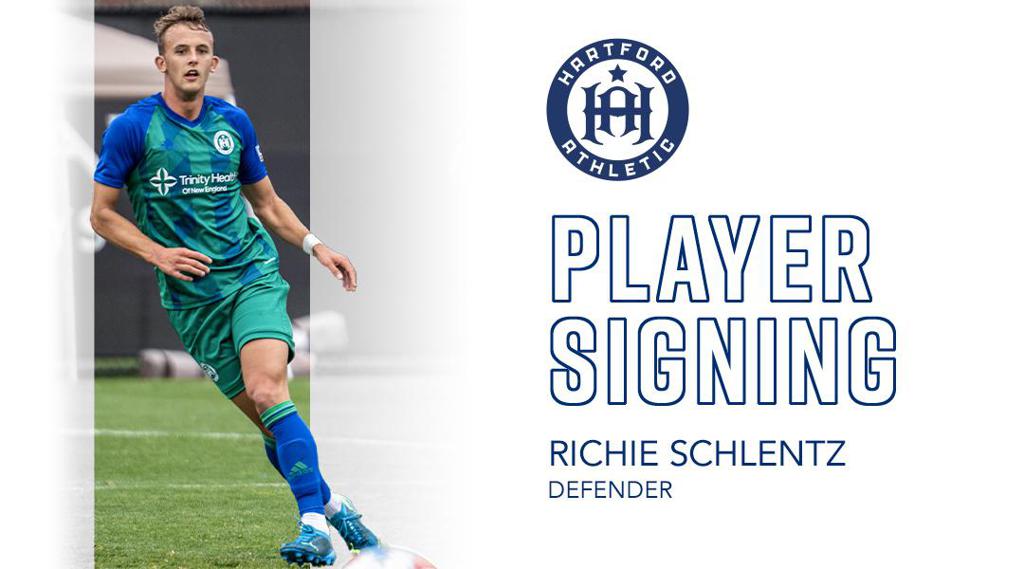 Schlentz became a mainstay at left back for Villanova University during his Junior and Senior seasons, missing only one game over two years. After graduating from Villanova in 2020, he made stops at NPSL side West Chester United and USL League Two side Reading United AC. Schlentz made two US Open Cup appearances for Reading, including a match against Championship side Louisville City FC.

“Richie came in and pushed himself straight from the get go,” said Hartford Athletic Head Coach Harry Watling. “He makes excellent deliveries from wide and will provide the team with lots of assists. His ability to get up and down the pitch is also key to how we want to play.”