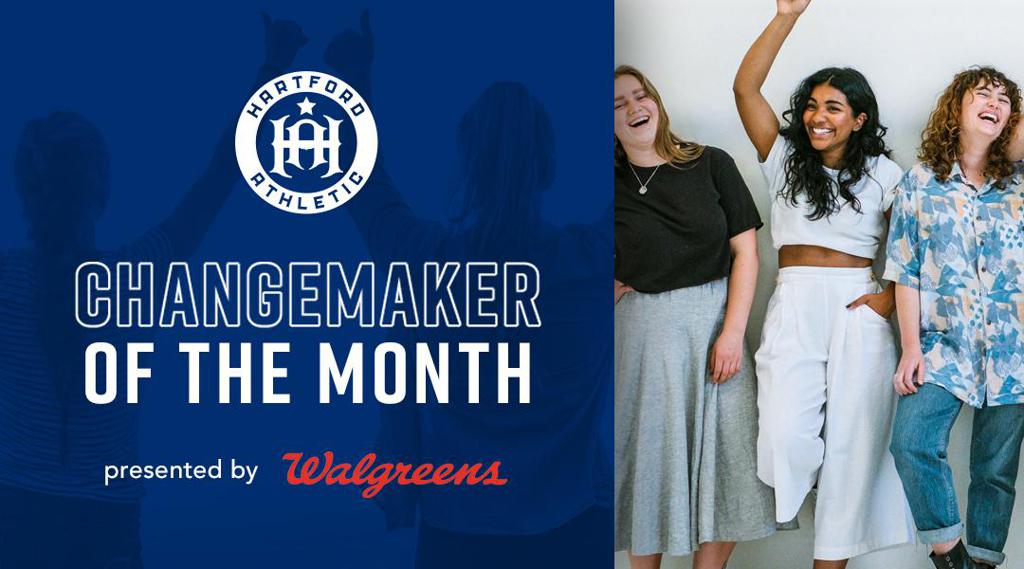 Starting April 15th, fans can submit nominations for the #Changemaker of the Month. Nominees should have a proven history of making a positive impact in their community. To submit a nomination, please visit www.hartfordathletic.com/changemakers.

As part of the announcement of the Green & Blue Foundation, Hartford Athletic announced the #Changemakers platform which is focused on identifying inequities and implementing change in the community. With Women's Leadership as its first focus, Hartford Athletic will invite female leaders and those who support diversity and inclusion to promote open and honest discussion between diverse groups. Hartford Athletic will work with the United Nations to form a Global Goals World Cup team in Hartford, and in 2021, this team will focus on Global Goal #10, Reduced Inequalities.

Hartford Athletic will also host a Women’s Leadership Brunch with panels, guided discussion, and networking opportunities. The Club will also host its first ever “Girls Run the Game” match where girls from community and non-profit groups in Hartford will team up with Hartford Athletic staff to learn all aspects of hosting a professional USL match at Dillon Stadium.