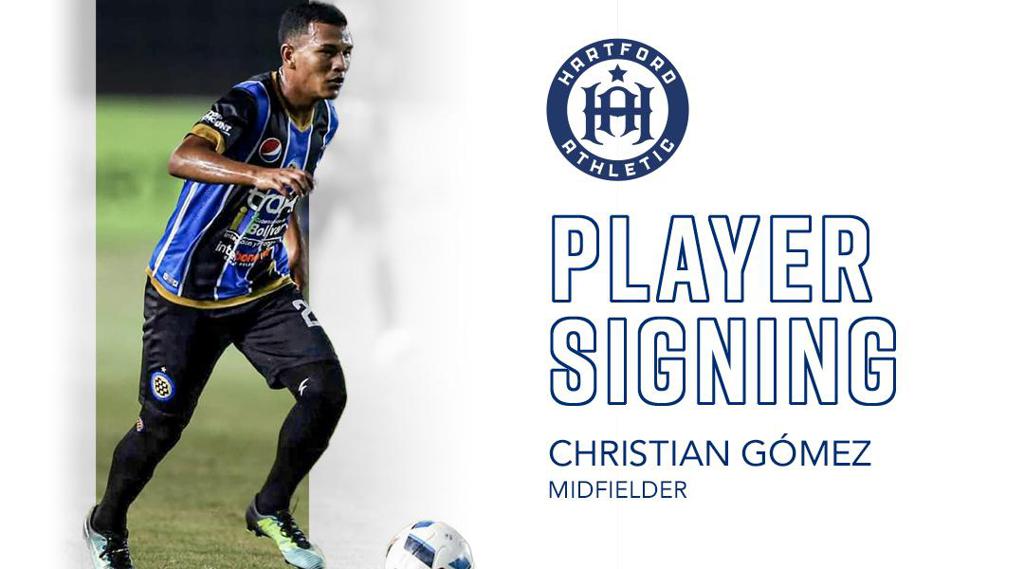 The 21-year-old Gómez comes to Hartford from Venezuelan club Mineros de Guayana. After coming through their academy system, Gómez made his professional debut as an 18-year-old and played 12 matches en route to winning the Copa Venezuela. He went on loan to Dominican Republic side Atlético San Francisco in 2018 and helped them finish as the league runner-up. Gómez returned to Mineros and played 30 matches over the course of the next two seasons.

“Christian will be the conductor of the Hartford midfield orchestra,” said Hartford Athletic Head Coach Harry Watling. “He will help us dictate the speed and direction of the game with his ability to change levels in tempo quickly. I can’t wait to see him in a Hartford shirt, ready to pull the strings in the midfield.”