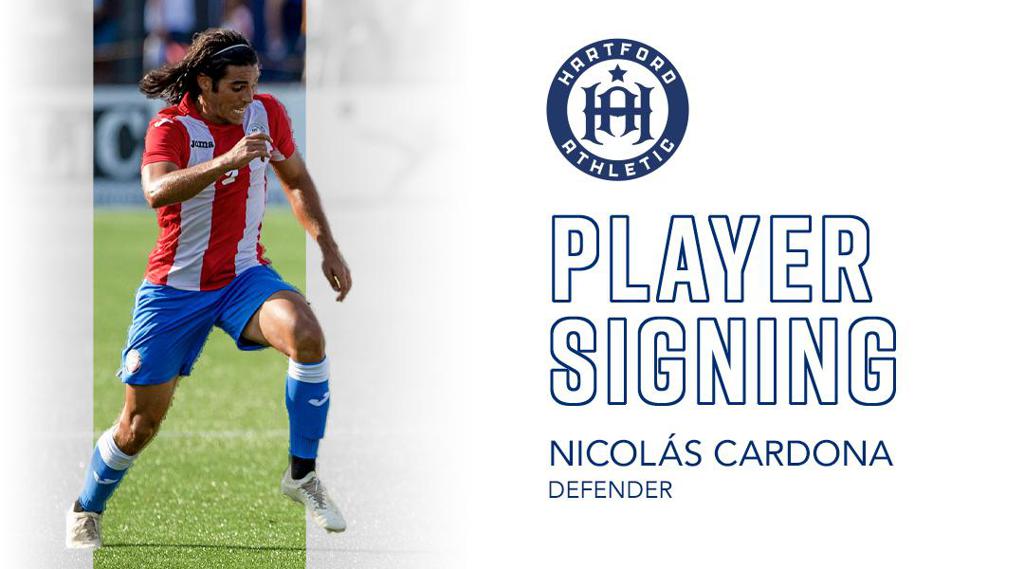 Cardona made his official debut for the Puerto Rico National Team last month in a 1-0 win over the Dominican Republic. He earned a second cap just a few days later in a 1-0 loss to Guatemala. Cardona was also a starter for Puerto Rico in 2019 when they took on Hartford Athletic in the Club’s first international friendly match at Dillon Stadium. Cardona earned 5 caps as a member of the Puerto Rico U20 team in 2018.

“Nicolás will add some steel to our team,” said Hartford Athletic Head Coach Harry Watling. “He has a natural passion to defend and will put it all on the line for the team. He’s very talented with the ball and will help the style of play. Having an Puerto Rican International goes to show where the club is going and how attractive we are to players playing at the highest level.”

Cardona played two seasons at Assumption College where he made 33 appearances, 30 of them starts. He was named captain of the team in his junior season in 2019. He was named All-NE10 Conference Second Team after a season in which he helped the team post its lowest GAA in over five years and was key in helping the team earn its best record since 2009. In the summer of 2020, he went to UB Conquense in the Spanish Segunda División B where he trained with the first team and played with the U23s.