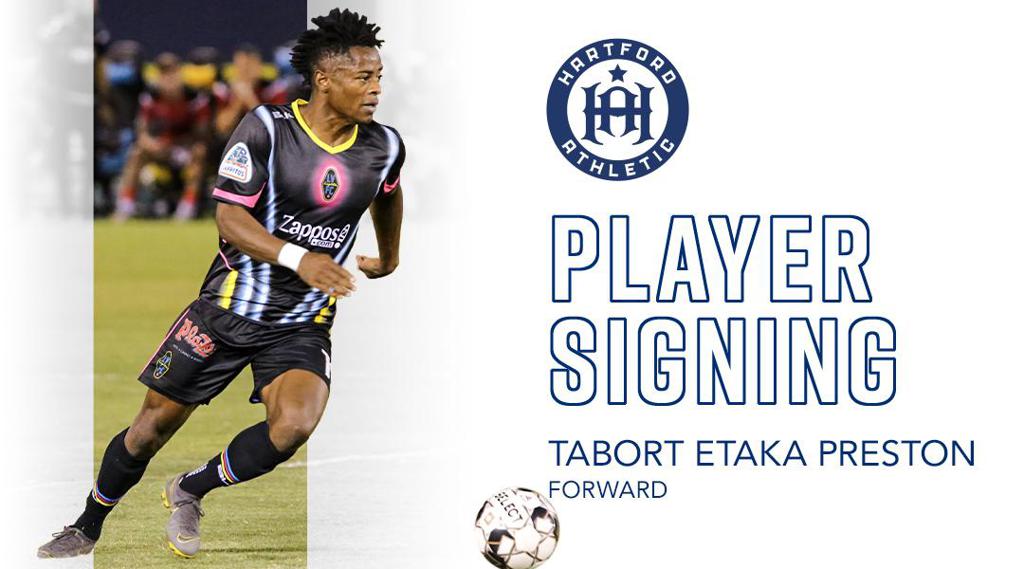 Preston’s top season in the USL Championship came in 2019 as a member of Las Vegas Lights FC. In 31 league appearances with Las Vegas, Preston scored eight goals and recorded three assists in 2,249 minutes played. The 21-year-old also added 34 key passes over the course of the season for the Lights.

“Preston has an X factor. He’s an exciting attacking player who will be a fan favorite,” said Hartford Athletic Head Coach Harry Watling. “Adding goals and assists to the roster was key and in Preston, I trust his ability to do exactly that.”

The forward has also spent time in the Albanian first division with KS Kastrioti Kruje where he played during the 2018-19 season. In addition, the Cameroon native has represented his country at the U-20 level where he made three appearances at the African U-20 Cup of Nations in 2017. He signed with San Antonio FC to start the 2020 season, but mutually parted ways with the club shortly after the season’s restart.