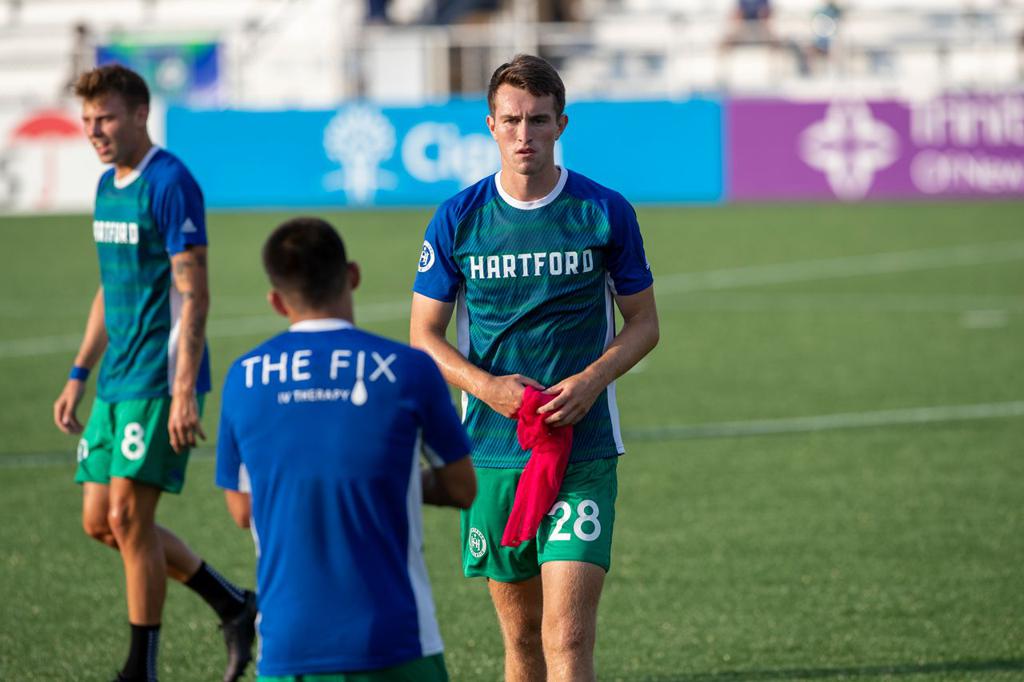 Welcome to this week’s edition of The Roundup, where we keep you updated on all things Hartford Athletic, as well as what's going on around the United Soccer League and the Soccer world. This week, find out which US men’s national team player played with Conor McGlynn in this edition of  “Playing Favorites”. Plus, an update on the updated format of this year's US Open Cup.

Favorite part about playing at Dillon?

CM: Getting to give it my all in front of the best fans in the USL

CM: Scoring the goal against NYRB2 to secure first in the group or getting to play against/ tackle Jack

CM: Weston McKennie. He was my roommate at U14 National Camp for a week. Christian Pulisic was also at that camp.

- For those die-hard Hartford Athletic fans, you may remember our first victory as a club, a 2-1 win over New York Cosmos in the US Open Cup. Due to the COVID-19 pandemic, the tournament did not take place in 2020 and will take place in an abbreviated form in 2021. Click the link below to read more.

Tigres fell to European champions Bayern Munich 1-0 in the Club World Cup Final in Qatar on Thursday. Despite the loss, the Liga MX club made history. Tigres became the first CONCACAF club (The Confederation of North, Central America and Caribbean Association Football) to make it to the final of the Club world cup.

How did Tigres get to play the Champions League winners Bayern Munich in the final? The Mexican club needed to win the CONCACAF Champions League to qualify for the Club World Cup, which they did back in December defeating MLS side LAFC 2-1 in the final. The player who scored the winning goal in that game was André-Pierre Gignac. The 35-year-old French striker continued his hot goalscoring streak into this tournament winning the golden boot with three goals in four games. But, his outstanding performance in the tournament wasn’t enough in the final to match a Benjamin Pavard goal and sixth trophy in a row for Bayern Munich.

Gignac, the Tigres players, and supporters will surely be proud of the way they played throughout this season and the road to the final. Tigres has now solidified itself as the cream of the crop in North American Soccer.