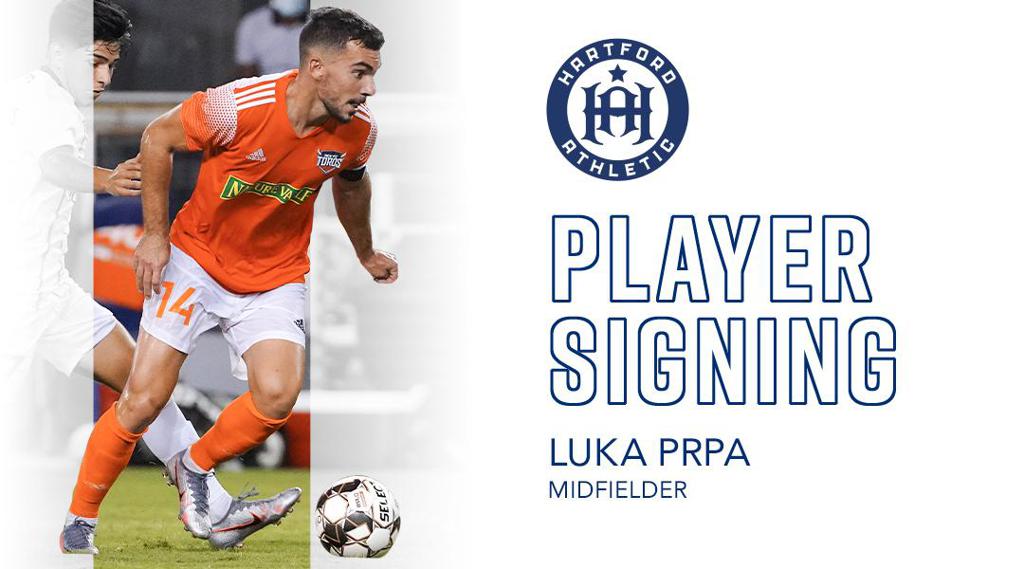 After a decorated collegiate career at Marquette University, Prpa played his rookie season with Western Conference side Rio Grande Valley FC Toros in 2020. He appeared in ten matches, starting seven, and recorded two goals and an assist in 569 minutes. He was also tied for second on the team with thirteen chances created.

“Luka is exactly the type of player I wanted to bring to Hartford,” said Hartford Athletic Head Coach Harry Watling. “He is technically and tactically capable of carrying out the philosophy we want to implement and a player who will give everything for the shirt. He’s young, fearless, and exciting with the ball and shows bright imagination. We have a good one in Luka!”