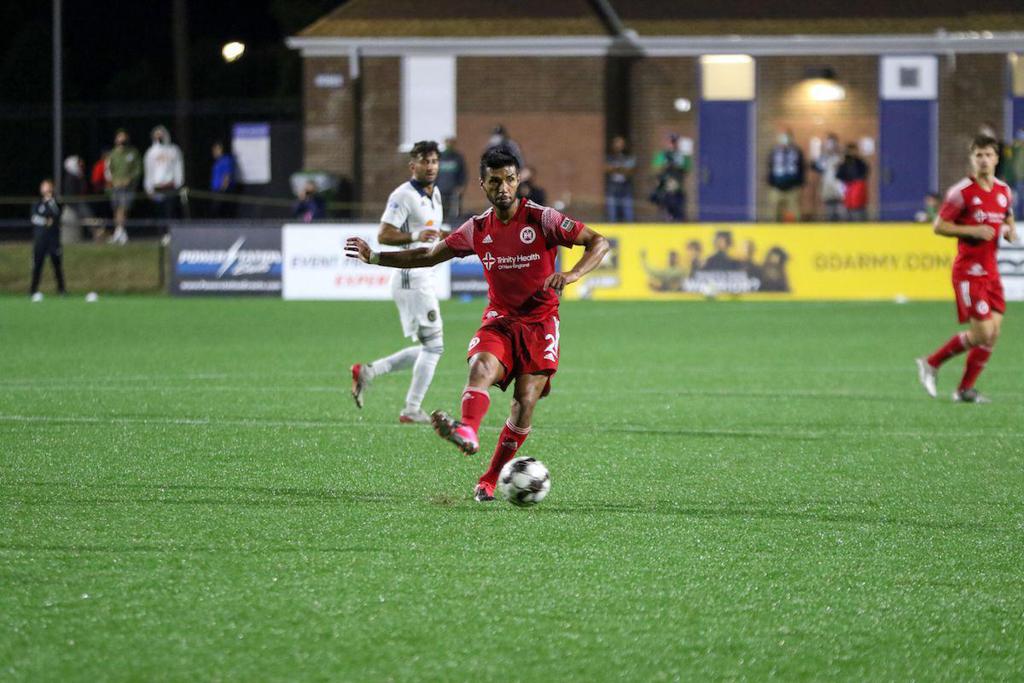 Welcome to this week’s edition of The Roundup, where we keep you updated on all things Hartford Athletic, as well as what's going on around the United Soccer League and the Soccer world. In this week’s “Playing Favorites”, get to know defender Alex Lara’s favorite athletes, his Los Angeles music influence, and much more.

AL: My Favorite moment from last season would definitely have to be winning against Red Bull 2 to win the group and get to playoffs. It was a goal we set early and felt great to achieve that after all the adversity of last season.

AL: My Favorite soccer player to watch growing up would have to be Puyol. The eternal captain was a great defender that embodied everything needed to be a Leader on and off the pitch.

Favorite Athletes to watch (not soccer)

AL: I have several different athletes I enjoy watching outside of football. Watching champions or greatness in any sport is a hobby of mine. Kobe Bryant, Khabib Nurmagomedov, Michael Jordan, Mike Tyson, and Lewis Hamilton all serve as inspiration for me. All are superb athletes and despite them being in completely different sports, I find it very interesting how a champion's mentality is universal and can be applied to any sport or task.

AL: I’d have to say small sided games are one of my favorite drills to do. It’s very fast paced and involves continuous offense and defense to win. This drill also is very useful in chemistry building and working on getting out tight spaces.

AL: One of my favorite music genres has to be hip-hop, especially old hip-hop music. Living on the west coast you pretty much grow up listening to a lot of old school stuff like Snoop Dogg and Ice Cube. Whenever I listen to it makes me think of LA and where I’m from.

AL: I’m not into a lot of shows like that I think I’m more of a movie guy but my Favorite TV series would have to be, Seinfeld. Even though the show came out a while ago and sitcoms can be a bit cheesy, I just find that show hilarious. The comedy style and the characters like George Costanza make the show so relatable and funny. Recently, I did enjoy watching The Mandalorian.

AL: One of the best places I traveled to was Costa Rica, it was extremely beautiful. I was fortunate enough to go with my family and spend quality time with just them, something that’s always important to me.

AL: Think my favorite restaurant in Connecticut that I went a lot to was Poke City. It’s similar to sushi and healthy so I would go there pretty often.

- 80% of the USMNT players in squad to face Trinidad and Tobago have seen USL selection.

- Seven current USL players are eligible for Trinidad & Tobago matchup with the USMNT on Sunday night.

We head to Italy for the game of the week as rivals Inter Milan and AC Milan battled in the Coppa Italia quarterfinals. Zlatan Ibrahimovic put AC Milan in front in the first half before being sent off in the second and reducing Milan to 10 men. Inter took advantage of the opportunity with a penalty from Romelu Lukaku and a late, stoppage-time winner from unlikely hero, Christian Eriksen. Inter advances to the semifinals where they will face a red-hot Juventus. While Juventus has only lost once since November, that came at the hands of Inter 2-0.